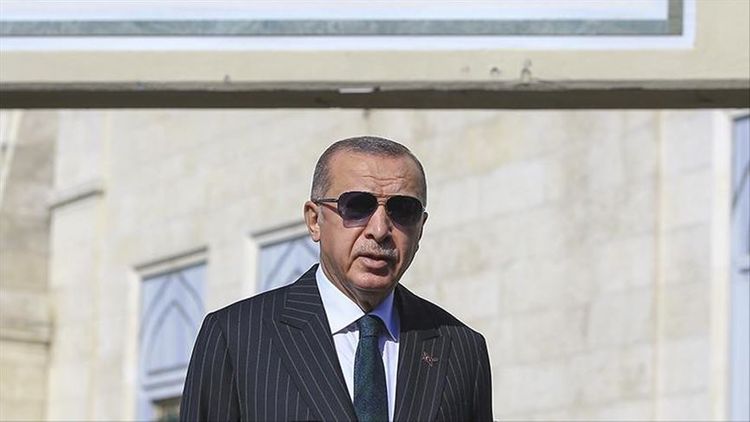 The permanent cease-fire agreement between Libya’s warring parties announced Friday “does not seem to be reliable,” according to Turkey’s president, APA reports quoting Anadolu Agency.

"The cease-fire agreement is not one at the highest level. Time will show how long it will persist at a lower level," Recep Tayyip Erdogan told reporters following Friday prayers in Istanbul.

Comparing it to humanitarian truces in the current Armenia-Azerbaijan clashes, Erdogan said that Armenia breached the cease-fires and failed to keep their promises.

"I hope that doesn’t happen here and this [Libyan] cease-fire decision will be followed," he said.

Earlier Friday, the UN special envoy on Libya announced the signing of a cease-fire agreement between the delegations of the country’s two main warring sides.

Stephanie Turcos Williams, who heads the UN Support Mission in Libya (UNSMIL), said the Libyan parties reached an agreement for a “permanent” cease-fire in all areas of the country.

As the parties were signing the agreement, the UNSMIL released a statement, saying: “Good news for Libyans.”

“The 5 + 5 Joint Military Commission talks in Geneva today culminate in a historic achievement as Libyan teams reach a permanent cease-fire agreement across Libya. This achievement is an important turning point towards peace and stability in Libya,” it added.