Migrants stranded in Greece by COVID-19 fly to UK 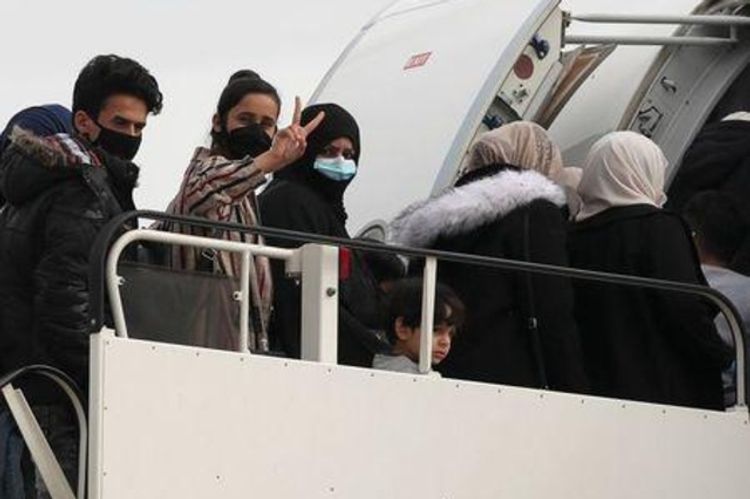 A group of 50 refugees and asylum seekers flew from Greece to Britain on Monday to reunite with relatives in a transfer that had been held up by the coronavirus lockdown, APA reports citing Reuters.

The group includes 16 unaccompanied minors, Greek migration ministry officials said. Some 130 Greek nationals stranded in the UK because of the COVID-19 lockdown will be repatriated on the return flight, the ministry said.

Greece hopes to gradually relocate around 1,600 vulnerable persons from its refugee camps to other countries in coming months.

Monday’s group were relocated under the Dublin Treaty, an accord facilitating family reunifications if a close relative is already in the country of destination.

The transfer had been planned for March but was put on hold because of the lockdown introduced to prevent the spread of the coronavirus. In Greece, restrictions were partly eased on May 4.

“Today the lives of the people who are leaving is changing,” Deputy migration minister Giorgos Koumoutsakos told reporters at Athens airport. “The coronavirus was an additional procedural challenge but as you can see it was not an obstacle,” he said.

The group waved as they boarded the aircraft.

Beth Gardiner-Smith, the CEO of refugee charity Safe Passage International, which supported the initiative, said in a news release: “The British and Greek governments have shown real leadership in reuniting these families despite the travel difficulties.”

Hundreds of thousands of migrants and refugees fleeing conflicts and poverty in their countries flowed used Greece as a springboard towards other European countries in 2015 and 2016, when an EU-brokered accord with Turkey all but halted the flow.

The reunification was also supported two members of the British House of Lords, Labour peer Lord Alf Dubs and the Earl of Dundee, a Conservative with responsibility for child refugees at the Council of Europe.