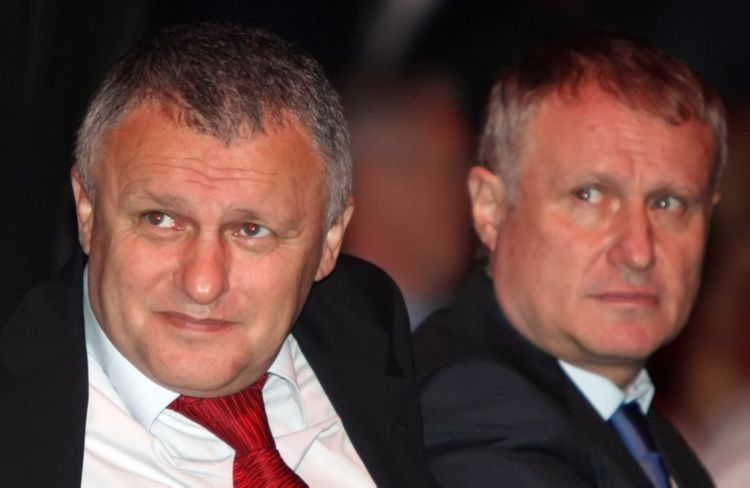 The National Anti-Corruption Bureau of Ukraine (NABU) has launched a criminal probe into the Surkis brothers’ attempt to seize PrivatBank’s assets through the courts, APA reports citing Kyiv Post.

Ihor and Hryhoriy Surkis are Ukrainian oligarchs and ex-business partners of Ihor Kolomoisky, a former co-owner of PrivatBank. As insider parties, they had their deposits in the bank turned into bank shares during its nationalization in 2016. Since then, they have been battling to get their deposits back.

Recently, the oligarch brothers came within an inch of winning in the dispute, which would mean a loss of hundreds of millions of dollars for the now state-owned bank. Meanwhile, a leaked report indicated that the brothers’ deposits were fraudulent from the beginning.

The new NABU investigation, opened on Sept. 4, mentions six British companies that belong to Surkises, according to a screenshot of an NABU protocol posted on Sept. 7 by Ukrainian publication Novoye Vremya. A source at NABU confirmed to the Kyiv Post that the probe is about the Surkises’ alleged unlawful attempt to seize PrivatBank’s money.

Last week, the Pechersk District Court ruled that these companies can take $350 million from PrivatBank.

The court made this decision without first ruling on the merits of the case, which is illegal, according to the Cabinet of Ministers and multiple officials, who vowed to appeal and block the Surkises from claiming a cent.

The government took over PrivatBank in 2016 after finding evidence of major fraud, insider lending and a $5.5 billion shortfall in the bank’s balance.

The government ruled that the Surkises’ companies were related parties and bailed them in, converting their PrivatBank deposits into shares of the bank.

Andriy Pozhidayev, the bank’s lawyer, told journalists that PrivatBank is not planning to pay out the $350 million and will appeal.

However, the court’s decision allows the plaintiffs to forcibly withdraw funds from the bank with the help of Ukraine’s law enforcement.

Justice Minister Denys Malyuska, who called the decision “one of the biggest transgressions” in Ukrainian legal history, urged lawmakers to rush a law through parliament that would block the Surkises from taking the money.

According to PrivatBank, there is no reserve fund for these assets. If the Surkises successfully take them, it will come out of the bank’s balance sheets, which would hurt its performance next year.