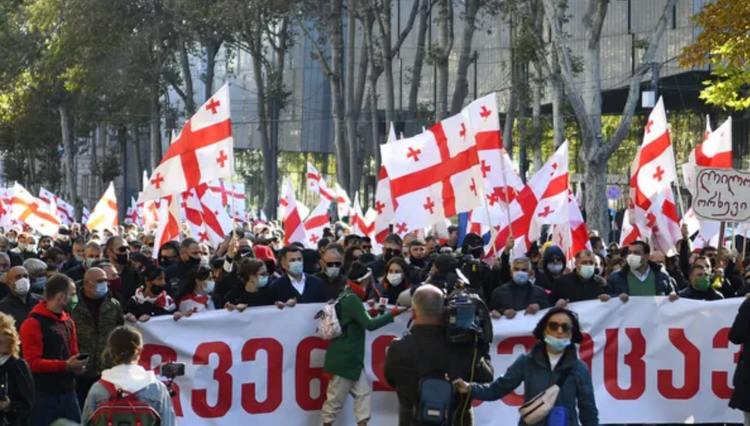 Due to the rally held by the opposition in front of the parliament, the traffic has been restricted on Rustaveli Avenue, APA reports citing Georgian Journal.

At this time, protesters are gathering in front of the parliament. There is a stage near the building of the legislative body, from where the opposition leaders will address the protesters.

Leaders of opposition parties along with supporters began marching from various locations.

Opposition parties call the election results illegitimate and say that the elections were rigged.

They demand the resignation of the CEC chairperson and the re-appointment of the election administration, early elections and release of several political prisoners.