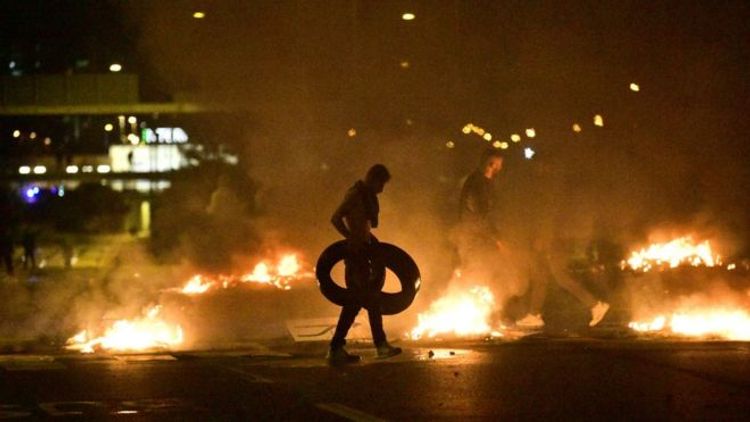 Protesters against the burning of a Koran by far-right supporters in Sweden have clashed with police during several hours of rioting, APA reports citing BBC.

Cars were set on fire and shop fronts were damaged in the clashes in the southern city of Malmö which have now been brought under control. There were several arrests.

His supporters went ahead regardless.

Swedish police turned Mr Paludan back at the border, saying there was a two-year entry ban for him.

The head of the Danish far-right Stram Kurs (Hard Line) party was given a month in jail for a string of offences including racism in Denmark early this year.