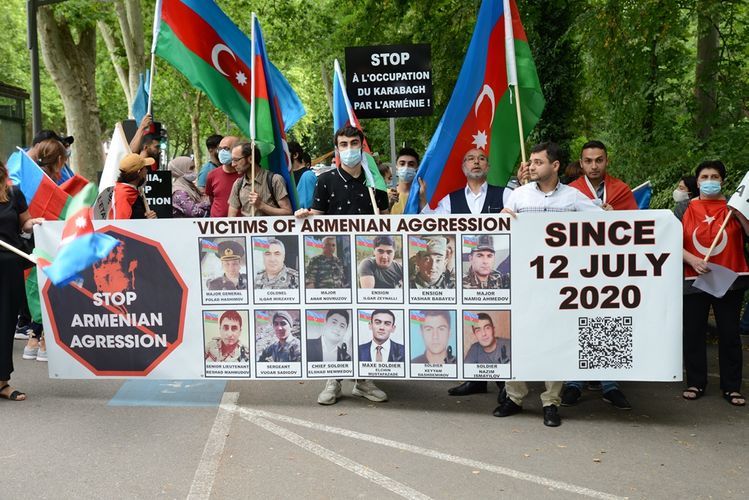 A march was held in Strasbourg on July 20 to protest against the armed provocations and attacks by Armenia against our country along the state border in the Tovuz region, as well as the ongoing military occupation of Azerbaijani lands, Permanent Representation of the Republic of Azerbaijan to the Council of Europe, told APA.

The march, organized by the Association of Azerbaijani Students in France (ASEAF), began in front of the headquarters of the Council of Europe and continued with a demonstration in front of the office of the Permanent Mission of Armenia to the organization.

During the march, waving the flags of Azerbaijan, as well as Turkey and France, the participants chanted "End to Armenian aggression" and "Karabakh is Azerbaijan!" They chanted slogans demanding an end to Armenia's aggressive policy, as well as distributed brochures on the Nagorno-Karabakh conflict and recent provocations by Armenia. The march also commemorated the heroic Azerbaijani servicemen and elderly citizens who died during the recent battles and expressed support for the Azerbaijani army. 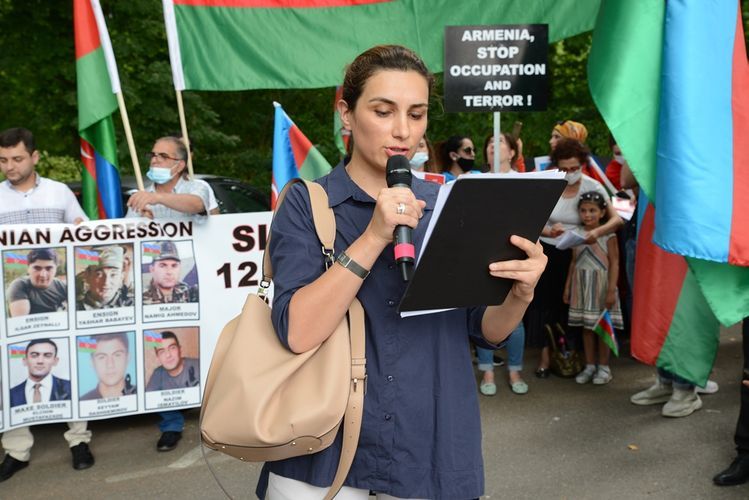 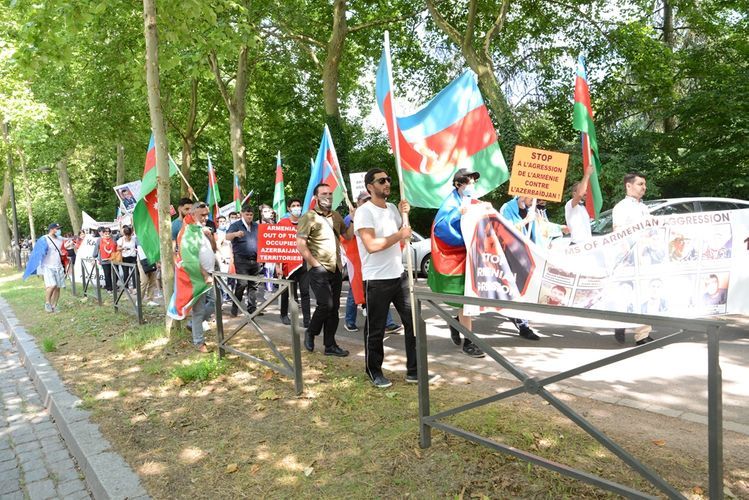 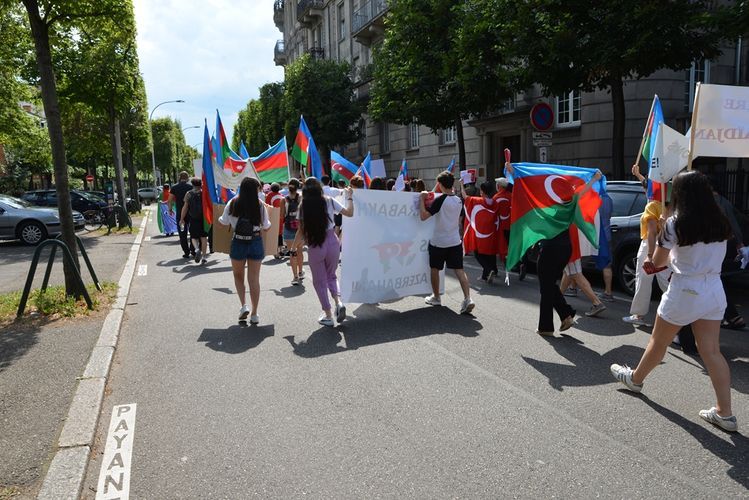 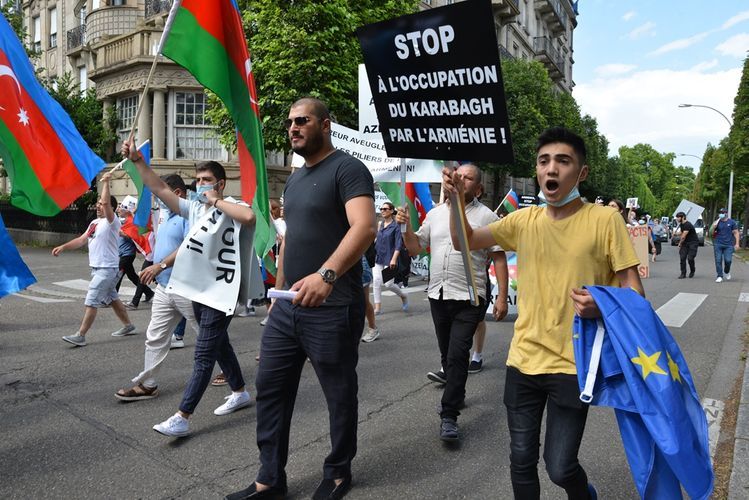 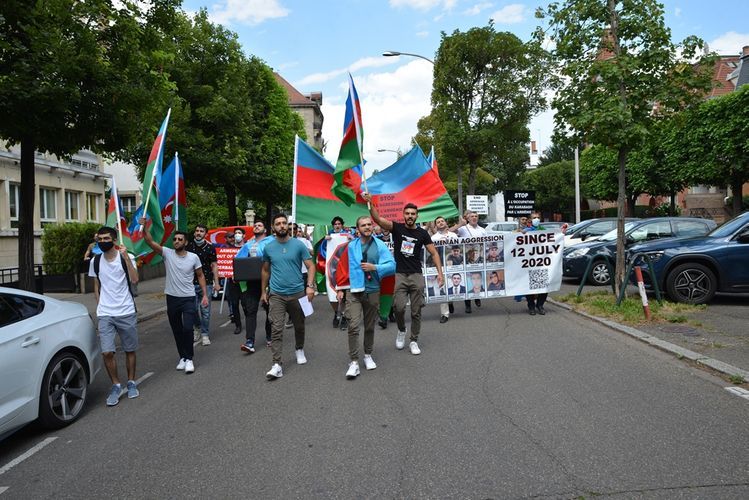 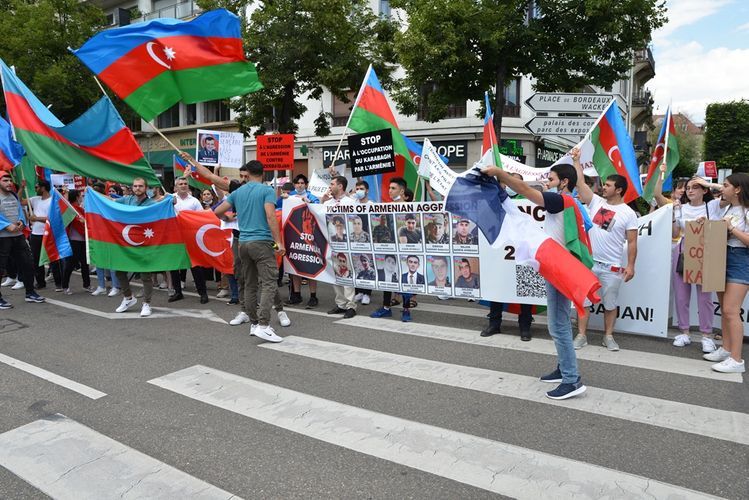 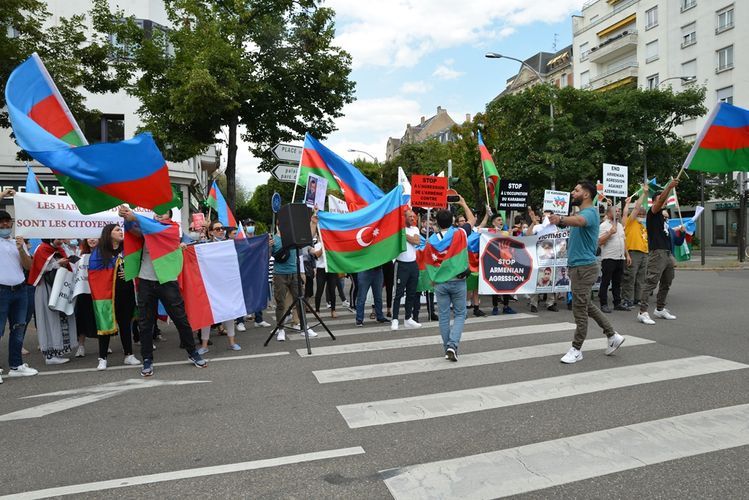 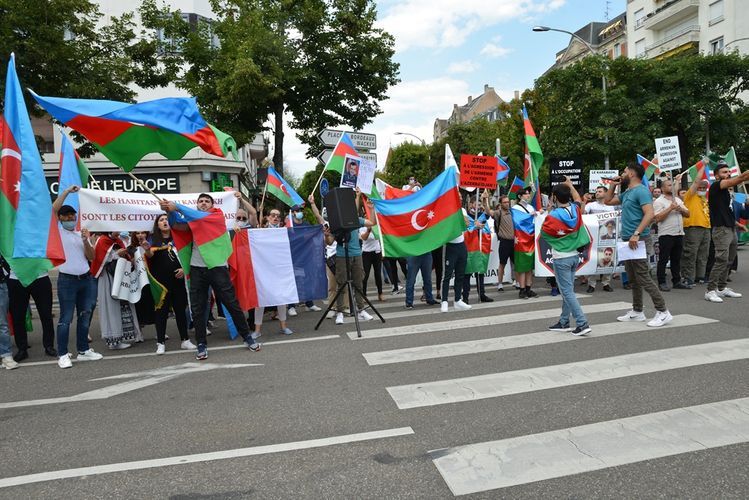 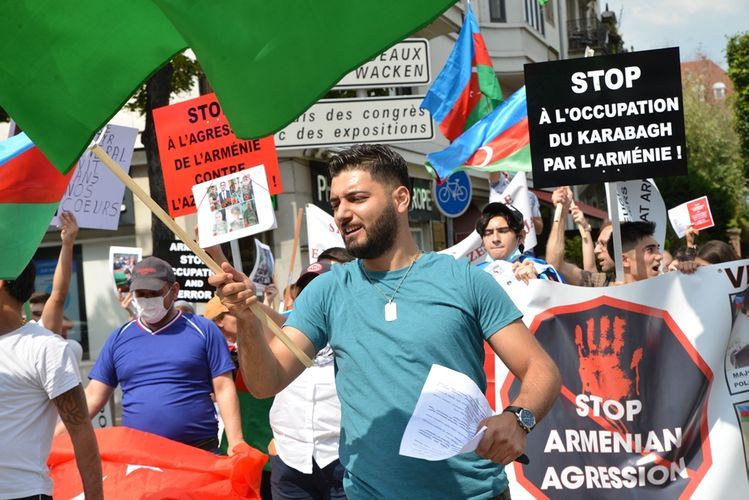 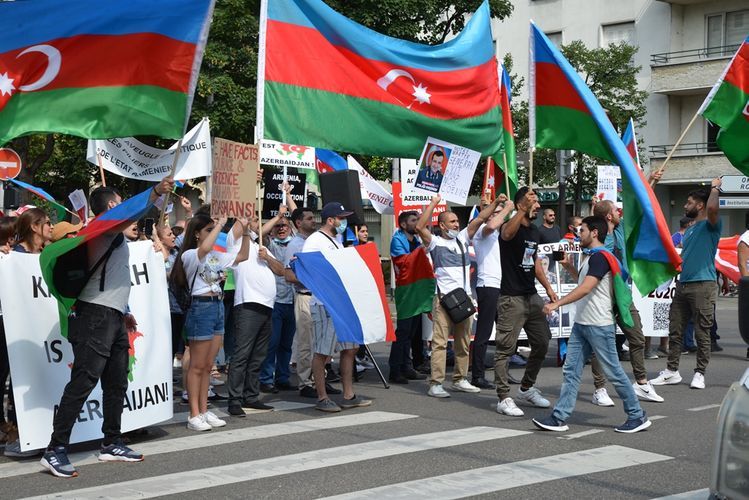