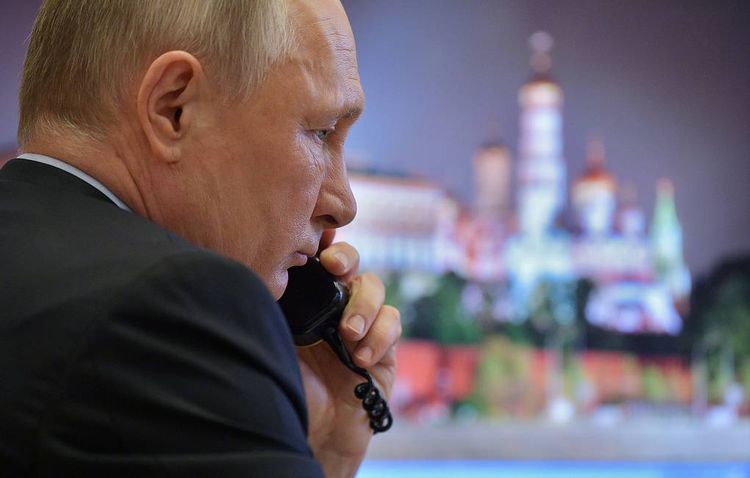 "The parties discussed pressing issues related to Russian-Turkish cooperation, focusing on trade and economic ties, including nuclear energy projects and plans to boost agricultural and transport cooperation," the statement reads.

The presidents agreed that the two countries would maintain contact at various levels. They also stated readiness to step up efforts to combat the coronavirus. "The discussion focused on an array of issues related to the spread of the coronavirus pandemic. [The two sides] expressed readiness to step up joint efforts in the fight against the infection, including by the ministries of health and other specialized organizations," the press service said. The two leaders also agreed to continue close coordination to ensure the repatriation of Russian and Turkish citizens.

They also hashed over cooperation of the two countries on Syria and the situation in Idlib, the Kremlin press service informed after the conversation. "The presidents of Russia and Turkey exchanged views in detail on the situation in Syria, including the status of implementation of the agreements on the Idlib de-escalation zone," it said, adding that this first of all refers to the March 5 additional protocol to the Sochi memorandum of September 17, 2018.

The presidents "confirmed the importance of unconditional abidance by the principles of sovereignty and territorial integrity of the Syrian Arab Republic," the press service stated. They "emphasized the importance of continuing close cooperation between Russia and Syria through military and diplomatic channels," the Kremlin said.