Putin, Merkel exchange congratulations on anniversary of liberation from fascism 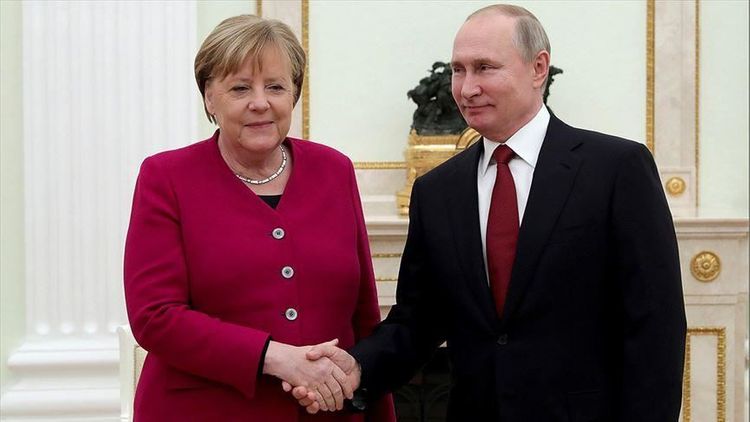 Russian President Vladimir Putin and German Chancellor Angela Merkel have exchanged congratulations, in a phone conversation, on the 75th anniversary of the world's liberation from fascism, the Kremlin said on Friday, APA reports citing Sputnik.

"Russian Federation President Vladimir Putin and German Chancellor Angela Merkel have held a phone conversation. Vladimir Putin and Angela Merkel have exchanged congratulations on the 75th anniversary of Europe's and the world's liberation from fascism. This date has a special symbolic meaning for Russia and Germany," the Kremlin said in a statement.

Putin and Merkel have expressed confidence that their countries will never forget German patriots who engaged in the fight against Nazism, the Kremlin added.

"While exchanging opinions on the situation around the coronavirus pandemic, they have expressed the intention to provide mutual assistance and continue the already established close cooperation on the fight against the spreading of the infection," the Kremlin went on to say.

Putin and Merkel have praised the bilateral cooperation on pressing international problems, confirming commitment to constructive relations, the Kremlin added.