Saakashvili: "President offered me to engage in talks with IMF" 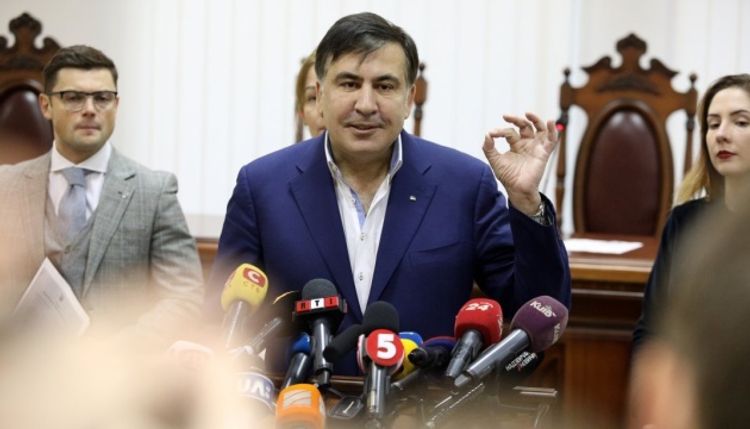 24 April 2020
Former Georgian President Mikheil Saakashvili has said that Ukrainian President Volodymyr Zelensky offered him to hold negotiations with the International Monetary Fund (IMF) if he takes up the post of deputy prime minister for reform, APA reports citing Ukrinform.

Sakashvili told this to reporters before a meeting with members of the Servant of the People faction on Friday.

"The president instructed me to engage in negotiations with the International Monetary Fund, international financial organizations. Ukraine needs much more help than it receives. Ukraine should have the lines that will preserve the national dignity and interests of Ukraine, rather than someone's private interests, including in these negotiations," Saakashvili said.

The politician added that Ukraine needs clearer negotiations and much more acceptable terms.

"I am for the integration of Ukraine into the world community. I am naturally for accelerated integration into Europe, but on our terms, not on the terms of some bureaucrats," Saakashvili said.

He added that he has extensive experience in negotiating with these organizations, which he led in various positions.

It was reported on April 23 that Zelensky had met with Saakashvili and invited him to share his vision of Ukraine's development with the government and the parliament.

According to Saakashvili, he was offered the post of deputy prime minister for reform.

The first deputy chairman of the Servant of the People faction, Oleksandr Korniienko, said live on the Ukraine 24 television channel on April 23 that the vote on Saakashvili's appointment as deputy prime minister for reform could be held on April 28 or April 29.