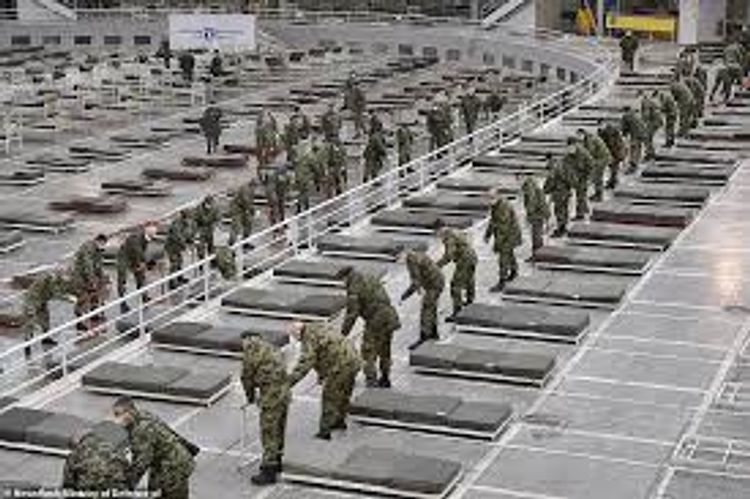 Over 400 COVID-19 patients are being treated at a makeshift hospital established at the Belgrade Fair in Serbia’s capital, an official said on Saturday, APA reports citing Anadolu.

“We have 419 patients, the youngest aged three and the oldest being 67 years old. They are in stable condition,” said Veljko Milic, the coordinator of the hospital.

He said there are three to four doctors and six to eight nurses on each shift.

"We receive and discharge people on a regular basis. 210 patients have been discharged so far and several dozen more people will be sent home today too," said Milic.

The fair hall in Belgrade was transformed into a makeshift hospital with 3,000 beds in late March.

Temporary medical facilities were also set up at fair halls and sports centers in different cities.

The government declared a state of emergency and imposed several measures to stem the spread of COVID-19, including night curfew and closing borders, educational institutes, sports halls, and gyms.

The novel coronavirus has spread to 185 countries and regions since emerging in China last December, with the U.S. and Europe now the hardest-hit areas.

More than 2.25 million cases have been reported worldwide, with the death toll exceeding 154,600 and almost 575,000 recoveries, according to data compiled by the U.S.’ Johns Hopkins University.