Some 18,000 attend rally of medical workers in Paris 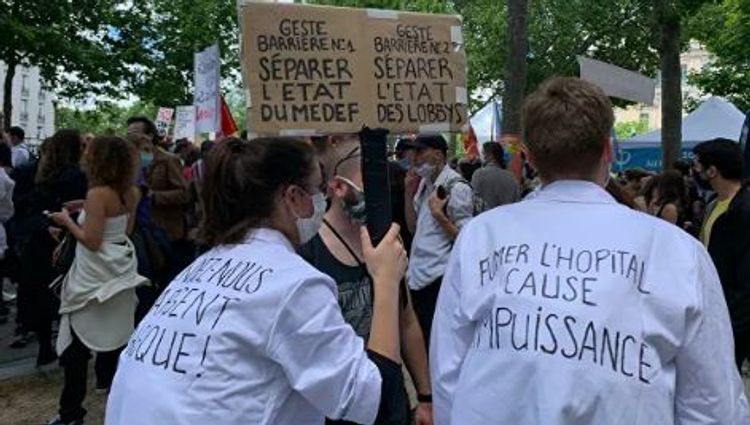 At least 18,000 people gathered for a rally in support of medical personnel in Paris, APA reports quoting TASS

The participants demanded to increase wages of medical personnel and to stop the policy of closing medical facilities and reducing the number of beds in French hospitals.

French Interior Minister Christophe Castaner said in a Twitter post that "looters and citizens hostile to law enforcement officers" intervened into the peaceful rally, creating chaos. "I express my gratitude to the mobilized forces, who restored order and rendered support to the injured police officers and gendarmes," Castaner said.

Earlier, Paris police said at least 19 law enforcement officers were injured in clashes in the French capital. As of 18:30 local time (19:30 Moscow time), 32 participants were detained.