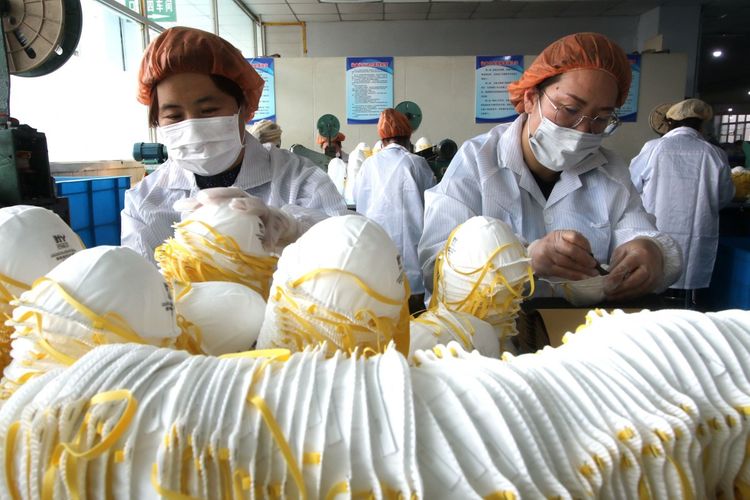 Spain’s Ministry of Health has recalled hundreds of thousands of FFP2 medical masks imported from China that were distributed across the country because they do not meet European standards, national media reports, APA reports citing Sputnik.

According to the El Mundo newspaper, the defective masks were distributed in eight Spanish regions, including Catalonia and Valencia.

At a press conference on Friday, Spanish Health Minister Salvador Illa confirmed that the defective masks were seized and that they had not entered usage. The Spanish government is also expecting a new shipment of Garry Galaxy masks that meet European requirements, the health minister said.

However, regional officials have reportedly complained that the masks have already been used by health care professionals. Spain’s public sector union CSIF has also stated that workers in care homes have used the defective masks during their shifts.

In late March, the Spanish government returned more than 50,000 defective rapid COVID-19 test kits produced in China, as the effectiveness of the kits was just 30 percent, compared to the required rate of 80 percent.

Spain has been one of the most impacted countries by the ongoing COVID-19 outbreak, although the number of new cases reported daily appears to be declining.

Earlier in the day, Spain’s Ministry of Health confirmed 565 new coronavirus-related deaths in the previous 24 hours, raising the overall death toll since the start of the outbreak to 20,043. More than 191,000 cases of the disease have been reported in Spain.

The masks were produced by Garry Galaxy, a firm included on a Chinese government list of approved manufacturers of personal protective equipment. However, 350,000 masks have since been recalled after it was discovered that they were defective, the El Mundo newspaper reports.