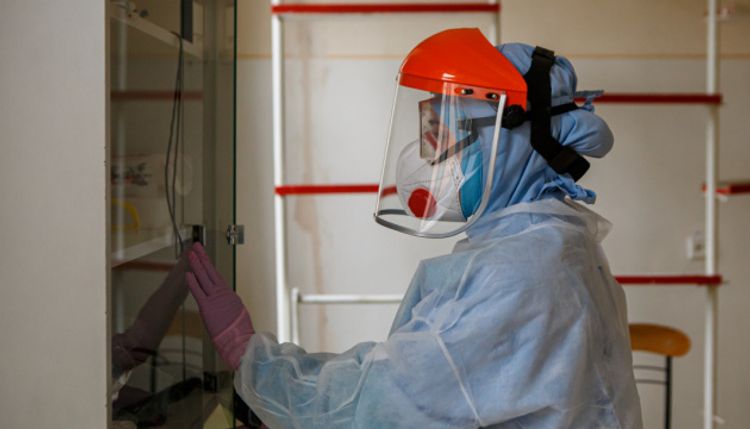 26 June 2020 14:55 (UTC +04:00)
The Ukrainian army has confirmed three new coronavirus cases over the past day, bringing the total to 153, according to the press service of the Medical Forces Command of the Ukrainian Armed Forces, APA reports citing Ukrinform.

"As of June 26, the Armed Forces of Ukraine reported 153 cases of COVID-19. Since the beginning of the pandemic, 294 people have recovered and five died. Some 591 people have been placed in isolation (including self-isolation). For 178 servicepersons, isolation will end within the next three days,” reads the report.

Over the past day, three new coronavirus cases were confirmed in Kyiv and Vinnytsia regions.

The Medical Forces Command of the Ukrainian Armed Forces urges to abide by the quarantine rules and personal hygiene.

As of June 26, Ukraine reported 41,117 laboratory-confirmed COVID-19 cases. Some 1,109 new cases were confirmed over the past day.