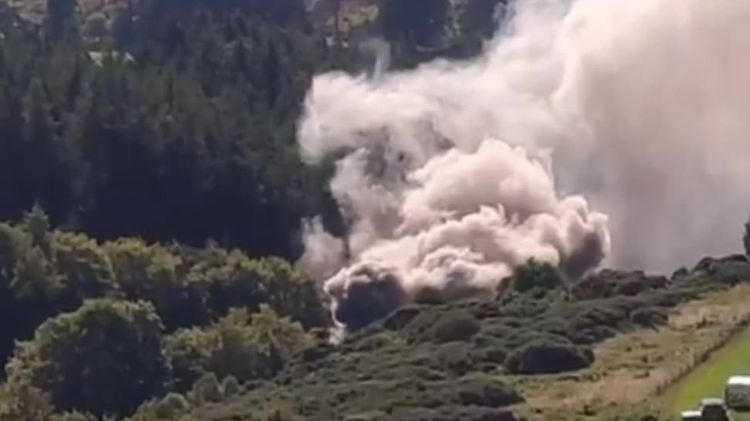 A major incident has been declared with at least one person feared dead and serious injuries reported after a train derailed in Aberdeenshire, Scotland, APA reports citing mirror.co.uk.

Emergency crews are on the scene at Stonehaven after the train came off the tracks shortly before 9.45am today amid heavy rain and flooding.

Rail industry sources told the PA news agency the suspected cause of the incident is a landslip and images from the scene show huge plumes of smoke billowing from the crash site.

Onlookers have described a "massive emergency response" after the train derailed.

Unions called the crash a "tragedy" as a major incident was declared at Aberdeen Royal Infirmary.

Speaking before First Minister's Questions, Nicola Sturgeon said although "details are still emerging", there are "early reports of serious injuries".