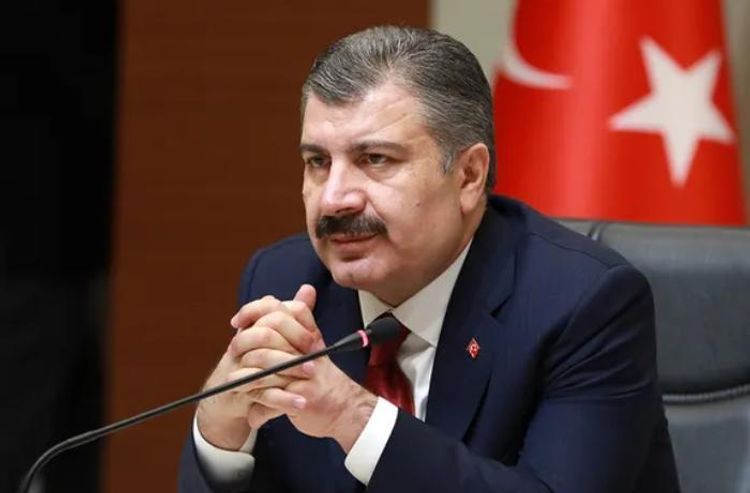 “The health tourism is very important for us. From today, the health tourism kicks off for 31 countries where coronavirus is encountered randomly”, said Fahrettin Koca, Turkey’s Health Minister after the meeting of the Science Institution established in connection with the measure of fighting against novel coronavirus (COVID-19), APA’s local bureau reports.

He said the appeals regarding the health tourism are being considered now, if necessary, the charter flights will be organized for patients coming from abroad: “Today, we have held negotiations with the Libyan government. It has become known that the great number of patients from this country have appealed to Turkey. In other words, the charter flights will be organized in such cases”.

The minister said there are sections intended for health tourism in the newly opened 2 hospitals in Istanbul.

F.Koca stressed that the Health Ministry closely cooperates with other ministries in connection with health tourism.

The minister talking about rules of obtaining of “Hayat eve sıgar” (HES) (Life can fit in home) code via mobile phones by decision of the Science Institution, said the introduction of this new technology is important for fight against the disease: “People will be able to travel with the HES code that will be obtained via mobile phones. This code will serve as free access card for people getting on train or going on board of aircraft. Initially, the HES code will be applied to inter-city travels. The issue of application of the HES code technology to the tourists arriving from abroad is also discussed. The cooperation with 70 countries in this matter has been planned, the countries from which the travels to Turkey will be organized in June, July, August will depend on the development of the current situation”.

On the eve of Ramadan holiday, the minister cautioned the Turkish citizens saying that if the requirements of fight against virus are not complied with, the risk of infection with this disease may rise.