Turkey expects up to 21% decline of emissions until 2030, Erdogan says 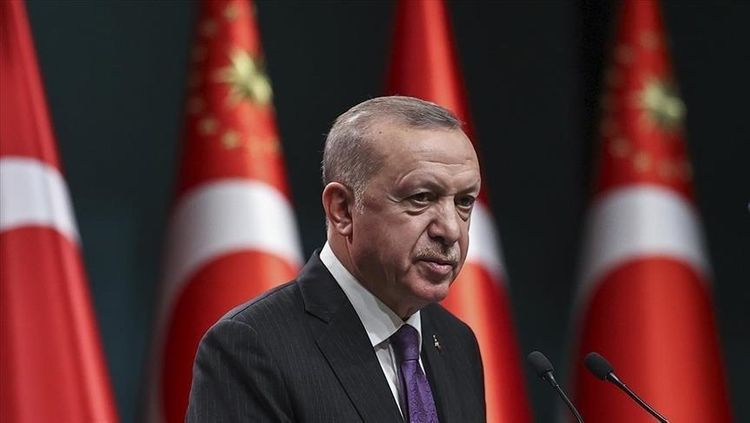 Mentioning Turkey's action plans and strategies to stem the effects of climate change, President Recep Tayyip Erdogan noted Thursday that the country expects a reduction of its greenhouse gas emission up to 21% until 2030, APA reports citing Anadolu.

Speaking at the virtual Leaders Summit on Climate hosted by US President Joe Biden, Erdogan said Turkey is also one of the most affected countries by climate change, although it has nearly no historical responsibility on the rise of greenhouse gases in the atmosphere.

"Climate change is not only affecting certain states that are most polluting the world but actually affecting all humanity starting with the countries in the African continent," he added.

Stressing Ankara's action towards climate change, he recalled Turkey's intense investment to increase the forest areas of the country: "We have planted a total of 5.1 billion saplings for the last 18 years and increased our forest stock from 20.8 million to 22 million hectares."

"It is a moral and conscientious duty of us all to leave this world entrusted to us to the next generations in a more livable manner," Erdogan noted.

He went on to say that Turkey will continue to contribute to the global climate action on equal terms with countries of similar economic levels.

"Within the framework of the nationally determined contribution that we presented in 2015, we are expecting a reduction of our greenhouse gas emissions up to 21% up until 2030. According to our nationally determined contribution, a total of 1.92 billion tons of greenhouse emissions will be prevented between the years 2012 and 2030," Erdogan added.

Efforts towards renewables in Turkey

Turkey is a leading country in the region in terms of renewable energy, Erdogan said, referring to the country's investment and works towards "clean energy."

Erdogan said Turkey will also increase its electricity generation from solar power to 10 gigawatts until 2030 and from wind energy to 16 gigawatts.

"Thanks to the steps we will be taking for energy efficiency, we are targeting to have 66.6 million tons of carbon dioxide emission reduction by 2023," he noted.

He went on to say that under the leadership of Fiirst Lady Emine Erdogan, Turkey has launched the zero waste project and will increase the recycling rate to 60% by 2035.