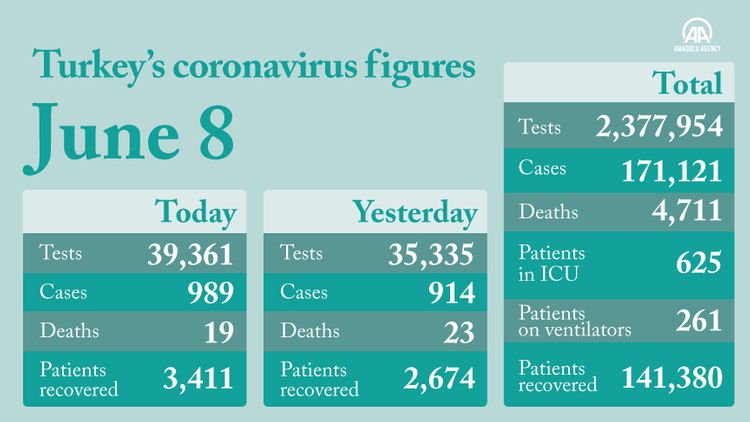 The total number of recoveries from the disease hit 141,380 as 3,411 more patients were discharged from hospitals over the past day, Fahrettin Koca said on Twitter, citing Health Ministry data, APA reports citing Anadolu Agency.

“While the number of patients in intensive care is on the rise, the need for ventilators has fallen,” he added.

The country's death toll from the outbreak rose to 4,711 as Turkey reported 19 new fatalities over the last 24 hours.

Healthcare professionals did 39,361 tests for the virus in the past 24 hours, raising the total number to more than 2.3 million.

According to the test results, the total number of COVID-19 cases in the country reached 171,121 with 989 new infections.

The pandemic has killed nearly 404,000 people worldwide, with over 7.06 million confirmed cases and more than 3.16 million recoveries, according to figures compiled by the US’ Johns Hopkins University.