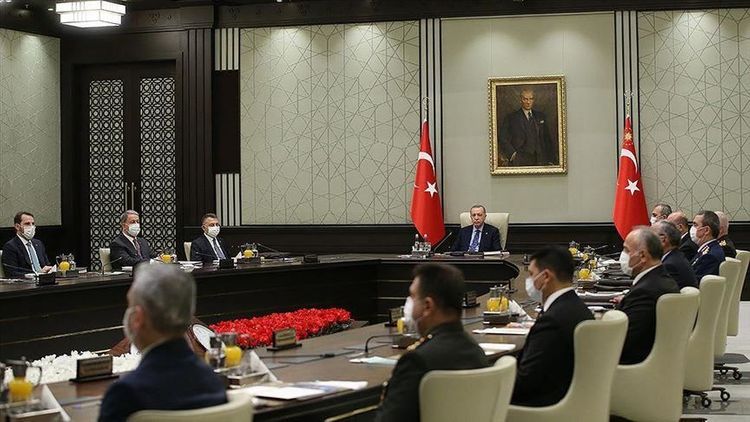 Turkey reiterated its support to Azerbaijan against Armenian border attacks, according to a National Security Council statement on Wednesday, APA reports.

Turkey called on Armenia to stop its aggression and withdraw from Azerbaijani lands it is occupying, the statement said following the council meeting headed by President Recep Tayyip Erdogan in the Turkish capital Ankara.

On July 12, the Armenian army violated a cease-fire and attacked Azerbaijani positions with artillery fire towards the Tovuz border district, withdrawing after losses following retaliation from the Azerbaijani army.

During its aggression, Armenia martyred 12 Azerbaijani soldiers, including high-ranking officers, and one civilian, besides wounding four troops.

Since 1991, the Armenian military has illegally occupied the Nagorno-Karabakh region, an internationally recognized territory of Azerbaijan.