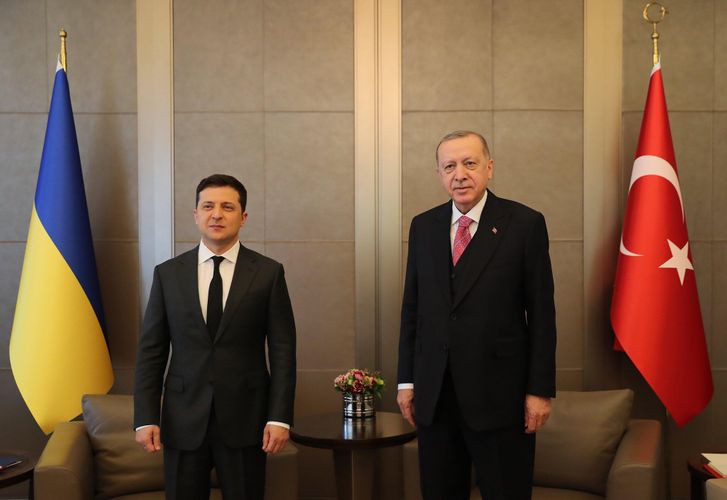 Turkey’s president held extensive discussions with his Ukrainian counterpart in Istanbul on Saturday.

A meeting between Recep Tayyip Erdogan and Vladimir Zelensky at the Huber Mansion started at 3:45 p.m. local time (1245GMT) and lasted for three hours.

The meeting was closed to the media.

Zelensky is in Turkey for the 9th meeting of the Turkey-Ukraine High-Level Strategic Cooperation Council.

Kyiv has raised the alarm over a buildup of Russian forces near the border between Ukraine and Russia, and over a rise in violence along the line of contact separating Ukrainian troops and Russia-backed separatists in Donbass.

The Russian military movements have fuelled concerns that Moscow is preparing to send forces into Ukraine. The Kremlin denies its troops are a threat, but says they will remain as long as it sees fit.

Erdogan's office earlier said all aspects of Turkey-Ukraine ties and steps to deepen cooperation would be discussed.

"Regional and international issues will be on the agenda of the talks as well, on the basis of the understanding that peace and stability be preserved," it said in a statement.