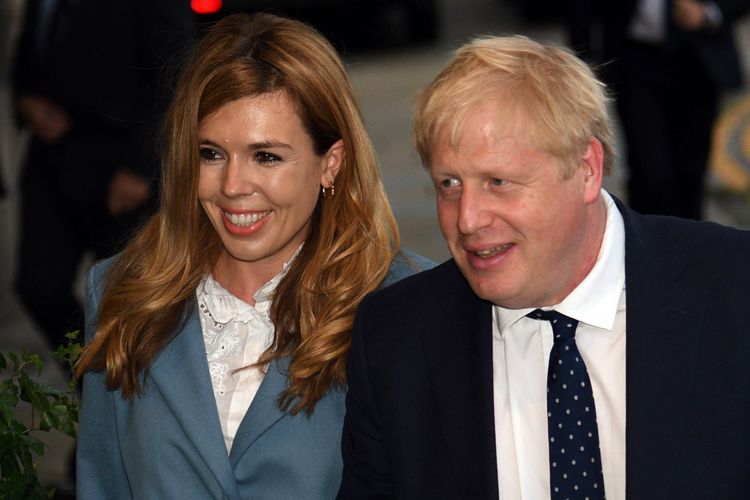 Their new arrival will be known as "Wilfred Lawrie Nicholas Johnson", Symonds wrote on her Instagram page Saturday.

Symonds, 32, an environmental activist and former official in Johnson's ruling Conservative Party said the name Wilfred came from the Prime Minister's grandfather and Lawrie from her grandfather.

Nicholas was inspired by the names of two doctors, both called Nick, who had treated Johnson, when he was sick in hospital with COVID-19 last month.

"I couldn't be happier. My heart is full," Symonds wrote alongside a picture of her cradling her new son.

Wilfred Johnson was born healthy at University College Hospital in London Wednesday morning, she said, adding that the couple wanted to thank their "fantastic" maternity team.

The Prime Minister, 55, recently recovered from COVID-19 after spending days in the intensive care unit of a London hospital. He was discharged on April 12 and thanked staff with Britain's National Health Service "for saving my life."

Symonds, said she also had COVID-19 symptoms while pregnant but was not tested.