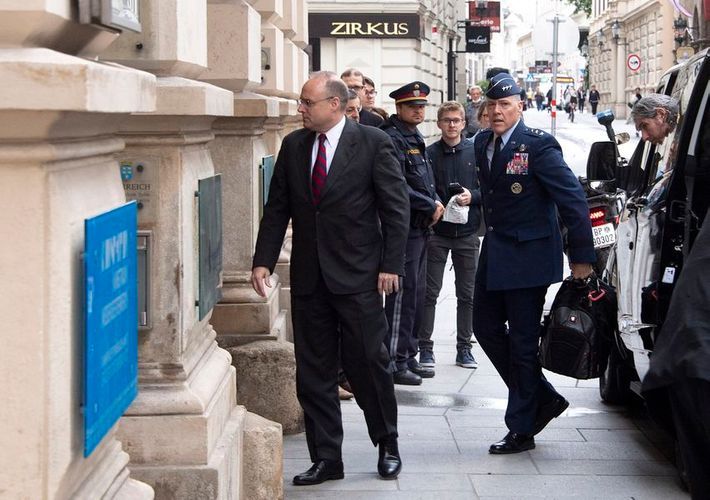 Nuclear weapons talks between the United States and Russia started in Vienna on Monday, with the two countries’ envoys making only guarded comments shortly before they met, APA reports citing Reuters.

Little has been said officially about the arms control negotiations but the U.S. envoy has made clear they will be about nuclear weapons, suggesting they will include replacing the New Strategic Arms Reduction Treaty (START), which expires in February.

“We’ll see,” U.S. Special Presidential Envoy for Arms Control Marshall Billingslea told Reuters when asked what he expected to come of the talks as he arrived with his delegation at a palace adjoining Austria’s Foreign Ministry.

The U.S. State Department has said Billingslea will be in Vienna for the talks on Monday and Tuesday.

New START imposes the last remaining limits on U.S. and Russian deployments of strategic nuclear arms to no more than 1,550 each. It can be extended for up to five years if both sides agree to.

U.S. President Donald Trump has repeatedly called for China to join the United States and Russia in talks on an agreement to replace New START. China, estimated to have about 300 nuclear weapons, has repeatedly rejected Trump’s proposal.