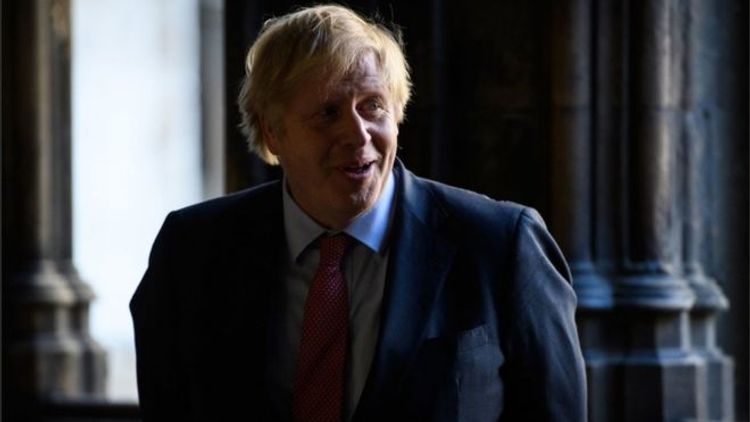 A Covid-19 alert system is set to be launched by the government in England to track the virus, the prime minister is expected to announce on Sunday.

The system will rank the threat level from coronavirus on a scale of one to five and be adjusted according to data.

Boris Johnson is due to give a televised address updating the nation on the progress of lockdown measures.

The PM is expected to unveil a new slogan, telling the public to "stay alert, control the virus, save lives".

He is not expected to provide dates for when the restrictions - first announced on 23 March - might change.

The new system will apply to England only but the government is working with the devolved administrations as they develop their own.

It is understood the system - with alerts ranging from green (level one) to red (level five) - will be similar to the one used to keep the public informed about the terror threat level.

Mr Johnson is expected to say England is currently at stage four but moving towards stage three.

The warning tool - to be administered by a new "joint biosecurity centre" - will also reflect the virus threat in different parts of the country, meaning the threat level in one city could differ quite widely from another.

This could inform the local alteration of restrictions in England.

A meeting of the government's Cobra emergency committee involving the cabinet, devolved nations and the Mayor of London will be held before Mr Johnson's televised address on Sunday evening, with the plans to be put before Parliament on Monday.

The prime minister is set to warn the nation that the UK is entering the most "dangerous" phase of the battle against the virus, according to the Sun on Sunday.

Speaking ahead of his address, he told the paper: "We're past the peak now but we'll have to work even harder to get every step right.

"Mountaineers always say that coming down from the peak is the most dangerous bit. That's when you're liable to be over-confident and make mistakes.

"You have very few options on the climb up - but it's on the descent you have to make sure you don't run too fast, lose control and stumble."