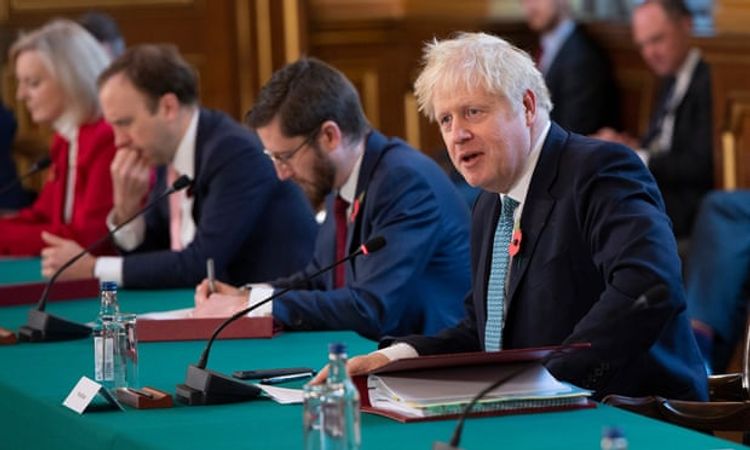 Boris Johnson has told the cabinet that England’s lockdown restrictions will come to an end on 2 December, saying that was a hard deadline to develop a new solution to contain the spread of the virus, APA reports citing The Guardian.

In a tacit admission that the current NHS test and trace system had not been enough to contain the virus, Johnson heralded a mass testing operation beginning in Liverpool, the start of an ambitious programme “Operation Moonshot” which would involve the entire population tested on a regular basis.

The prime minister also appeared to affirm the government expected the four-week national lockdown in England would be enough to get the virus’s reproduction R number below one – raising questions as to whether the lockdown would be extended should that not occur.

“Once again we are alas asking everybody to stay at home to protect the NHS to save lives and get the R down below one. I know we can, I know we will. It’s only just above one at the moment,” he said.

Speaking to the cabinet meeting, Johnson acknowledged that there would be dissent in the party. MPs will vote on Wednesday on the latest measures, with a small rebellion expected of Tory MPs – though any extension of lockdown measures would be likely to cause a far larger rebellion.

“Let’s be in no doubt none of us came into politics to introduce measures like this,” Johnson said.

“We don’t want to be doing things to repress liberty, we don’t want to do anything to damage our economy, to stop business from going about their lives, to stop anybody from doing what they wanted to do. But … what we’re doing is vital to suppress the virus and to prevent the NHS from being overwhelmed.”