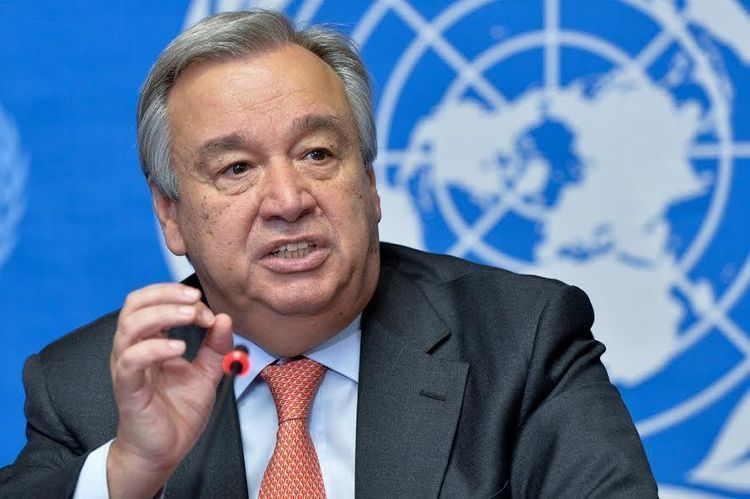 UN Secretary-General António Guterres made the appeal in a video message for World Press Freedom Day, observed this coming Sunday, in which he underscored the crucial role media has in helping people make informed decisions, APA reports.

He added that under the current circumstances, those decisions can make the difference between life and death.

“As the pandemic spreads, it has also given rise to a second pandemic of misinformation, from harmful health advice to wild conspiracy theories”, he said.

As the COVID-19 crisis has deepened, both the UN chief and the World Health Organization (WHO) have been focused on countering the COVID-19 “infodemic”.

In late March, the Secretary-General announced the launch of a communications strategy to fight the rise in misinformation and conspiracy theories surrounding the new disease.

Mr. Guterres urged governments to protect journalists and others who work in media, and to uphold press freedom.

He said while temporary movement constraints are essential to beat back COVID-19, “they must not be abused as an excuse to crack down on journalists’ ability to do their work”.

Meanwhile, a UN independent human rights expert reported that since the start of the disease outbreak, he has received “alarming accounts” of retaliation against journalists, under the guise of spreading disinformation.

In his press freedom day message, the UN chief thanked the media “for providing facts and analysis; for holding leaders – in every sector – accountable; and for speaking truth to power”.

He particularly recognized those journalists playing “a life-saving role” in reporting on public health.

“And we call on governments to protect media workers, and to strengthen and maintain press freedom, which is essential for a future of peace, justice and human rights for all”, he concluded.