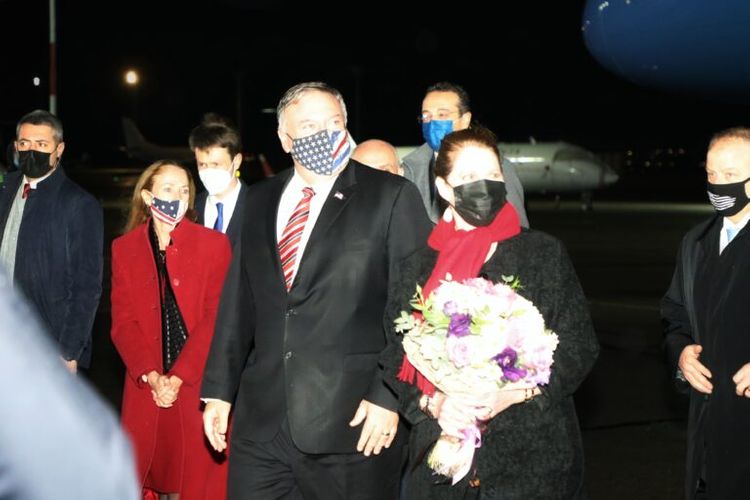 Secretary Pompeo arrived to Tbilisi from Istanbul and will depart in the afternoon of November 18 for Tel Aviv. Top U.S. diplomat visits Georgia as part of his seven nation trip to U.S. allies, including France, Turkey, Georgia, Israel, the United Arab Emirates, Qatar, and Saudi Arabia.

Highlighting that Georgia “is the closest U.S. ally in the region,” Foreign Minister Zalkaliani said in the airport shortly before the arrival of his American colleague that Secretary Pompeo’s visit is of “utmost importance,” considering recent regional developments. “We worked on the visit for a long time, and it is very good that it coincided with this period,” he added.