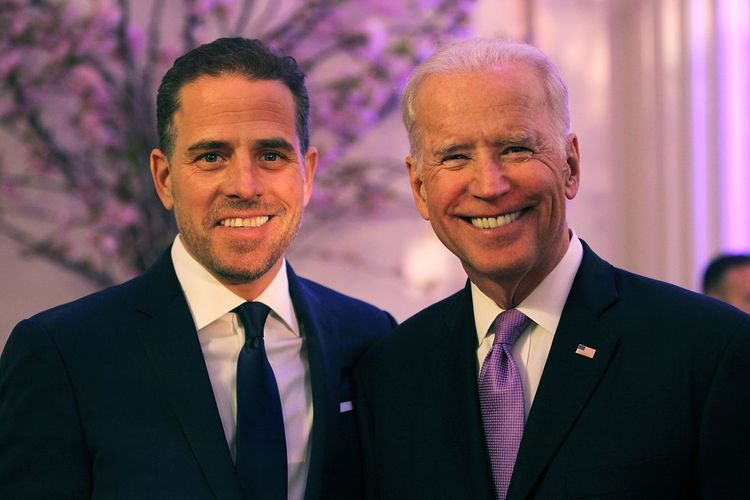 Ukrainian officials on Saturday said they were offered $5 million in bribes to end a probe into energy company Burisma’s founder, but said there was no connection to former board member Hunter Biden whose father is running for the U.S. presidency, APA reports citing Reuters.

The Ukrainian company was thrust into the global spotlight last year in the impeachment inquiry into whether U.S. President Donald Trump improperly pressured Kiev into opening a case against his rival for the November election race.

Trump wants an investigation into the Democrats’ 2020 candidate, former Vice President Joe Biden, and his son.

Artem Sytnyk, head of Ukraine’s national anti-corruption bureau (NABU), said three people had been detained, including one current and former tax official, over the bribe offer.

The money was the largest cash bribe ever seized in the country, NABU said. It was put on display during a press briefing, brought by masked men in see-through plastic bags.

Burisma said in a statement it had nothing to do with the matter. It did not respond to a request for comment from the company’s founder Mykola Zlochevsky, a former ecology minister now living abroad.

“Let’s put an end to this once and for all. Biden Jr. and Biden Sr. do not appear in this particular proceeding,” Nazar Kholodnytsky, head of anti-corruption investigations at the prosecution service, told Saturday’s briefing.

The bribe related to a case of embezzling state money given to a bank, officials said. Some $5 million was offered to anti-corruption officials and a further $1 million was intended for an official acting as a middleman, Sytnyk said.

The suspects were in a hurry to pay the bribe because they wanted to end the case against Zlochevsky in time for his birthday on Sunday, “to close the criminal proceedings and ensure the return of Mr. Zlochevsky to Ukraine,” he said.

The country’s former prosecutor general told Reuters in June that an audit he commissioned while in office of thousands of old case files had found no evidence of wrongdoing by Hunter Biden while he worked for Burisma.

Hunter Biden joined Burisma in 2014, one of several high-profile names to join what the private company said was an attempt to strengthen corporate governance.

His role has been attacked as corrupt without evidence by Trump and congressional Republicans in Washington. The Bidens deny any wrongdoing and Democrats said Trump was trying to help his re-election prospects.