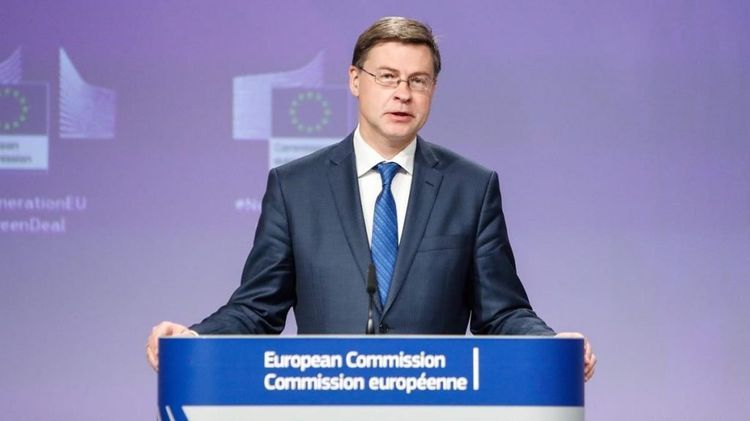 Dombrovsksis, who has served as acting trade commissioner since the resignation of Phil Hogan last month, will relinquish some of the current responsibilities in his broad economic portfolio, putting McGuinness, a veteran member of the European Parliament, in charge of financial services and financial stability.

The selection of Dombrovsksis, a former Latvian prime minister, puts responsibility for EU trade policy in the hands of one of the Commission's most seasoned and well-respected officials, and it keeps the trade portfolio under the control of the center-right European People's Party — von der Leyen's own political family.

In a brief on-camera statement on Tuesday morning, von der Leyen said she had interviewed McGuinness and Andrew McDowell, the two Irish candidates to replace Hogan.

"Following these interviews, I have decided to propose to the Council and the European Parliament the appointment of Mrs. McGuinness to the post of commissioner. She will be in charge of financial services, financial stability and capital markets union," von der Leyen said.

"Executive Vice President Valdis Dombrovsksis will assume responsibility for the trade portfolio and he will remain the Commission’s representative on the Eurogroup alongside Commissioner [Paolo] Gentiloni," she said.

"Mrs. McGuinness has significant political experience on EU issues, having been an MEP since 2004 and currently holding the post of first vice president of the European Parliament. This experience is crucial in carrying forward the EU’s financial sector policy agenda and ensuring its supports and strengthens the Commission’s key priorities, notably the twin green and digital transition.”