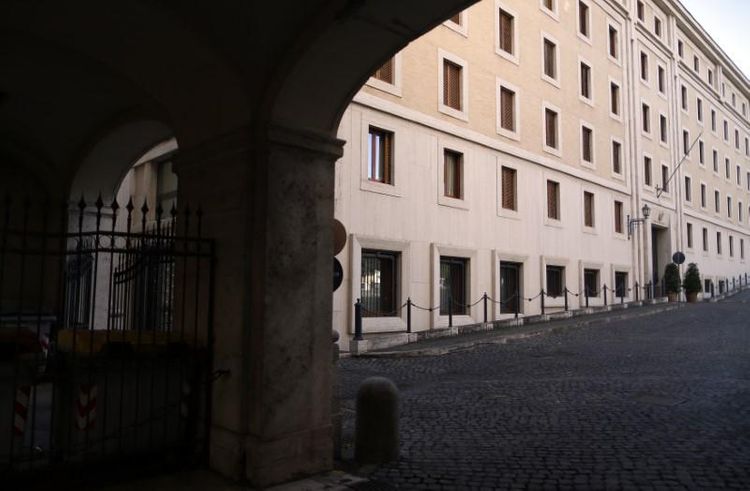 The Vatican is conducting tests for coronavirus on the dozens of priests who live in the same residence as Pope Francis and making contingency plans to move those diagnosed with the disease elsewhere, a source in the Holy See said on Thursday, APA reports citing Reuters.

The moves come several days after a priest who lives in the Santa Marta residence and works in the Secretariat of State tested positive for the virus and was hospitalized in Italy.

The Vatican source was one of several officials who expressed concern about a possible flare-up in the residence where the pope has lived since his election in 2013.

The modern residence, which has 130 rooms and suites and a staff of about 30 people, is also home to dozens of priests who continue to work in key Vatican departments.

While the Vatican has enacted procedures to stem the spread of coronavirus inside the city-state, some officials say they may not be sufficient and think a total shutdown may be needed.

“Santa Marta may be a bomb waiting to explode,” said one of the officials, who all spoke on the condition of anonymity because they are not authorized to discuss the matter.

Francis has tested negative for coronavirus two times in recent weeks, according to Italian media reports. The Vatican has not commented on those reports.

There are currently about 50 permanent residents in Santa Marta, which is run like a hotel and stopped accepting bookings for temporary visitors earlier this month.

About half of the residents were tested on Wednesday and the other half were being tested on Thursday, a source said, adding that the plan is to move those who test positive to a Church-run hotel for pilgrims in Rome. Senior Vatican officials who live elsewhere inside the city-state are also being tested, another said.

The concern is that priests go between Santa Marta, their jobs in Vatican departments, and sometimes go into Rome.

“I consider it a potentially serious public health issue,” said one official.

Until recently, Francis took his meals in the common dining room but he has recently been eating in his suite, one official said.

Francis is 83 and part of one of his lungs was removed following an illness when he was a young man.

One source who enters the residence regularly said precautions have been taken such as encouraging social distancing and making hand sanitizers available.

Since March 6, the Vatican has issued at least five notices or decrees that mirror steps taken in Italy, the hardest hit country in Europe, with more than 8,000 deaths as of Thursday.

They include recommendations to communicate by phone even with people in the same office, alternating shifts and encouraging as much work from home as possible.

But most Vatican offices are still open, albeit with a skeleton staff, and some say they should be closed.

“The Church will continue without the Roman Curia working for a few weeks,” one official said, using the name for the Vatican’s central administration.

“This policy to keep all the offices open is worrying. My department can be closed for months without any damage,” another said.

Francis has canceled public appearances and is conducting his general audiences via television and the internet. But he still receives about five Vatican officials a day, according to his official calendar.