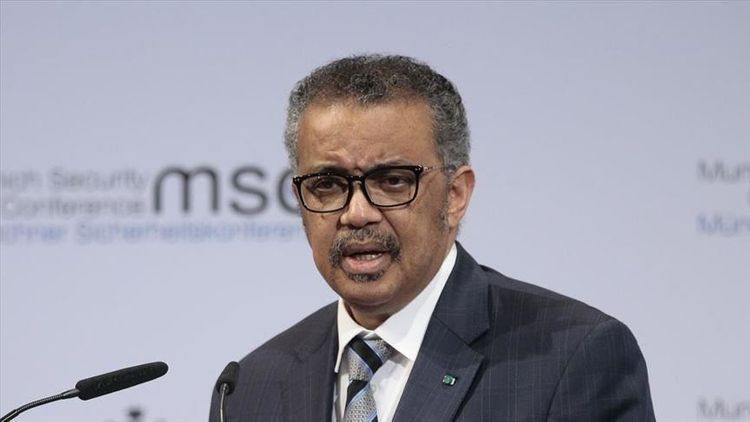 =The head of the World Health Organization (WHO) on Thursday refuted reported comments by the US secretary of state that he was "bought by the Chinese government" as "untrue and unacceptable", APA reports quoting Anadolu Agency.

At a twice-weekly news webinar, WHO’s Director-General Tedros Adhanom Ghebreyesus was asked to comment on a July 21 report in the UK newspaper The Telegraph -- headlined Mike Pompeo claims China 'bought' WHO chief.

The newspaper, quoting unnamed sources, said that during a visit to London, Pompeo made the allegation and the Daily Mirror newspaper said two sources confirmed to it that Pompeo made the remarks in a speech.

The Telegraph quoted Pompeo as saying: "I can't say more, but I can tell, I'm saying this on a firm intelligence foundation, a deal was made..."

"There was a deal-making election, and when push came to shove, you get dead Britons, because 'of the deal that was made,'" he was quoted as saying.

Tedros replied in an impassive tone: "The comments are untrue and unacceptable, without any foundation.

"One of the greatest threats we face continues to be the politicization of the pandemic. COVID-19 does not respect borders ideologies or political parties.

"COVID politics should be quarantined. I'm appealing to all nations to work together. Critics and partisanship have made things worse. So, what is very important is science, solutions and solidarity," the WHO chief added.

Dr. Maria Van Kerkhove, the WHO's technical lead on the COVID-19 pandemic who sits at the twice-weekly news webinars of the organization, said that as an American, she is a "proud WHO employee," privileged to sit next to Tedros and Dr Michael Ryan, executive director of WHO's health emergencies programme.

"We are firmly focused on saving lives as Dr. Tedros has said. We will not be distracted. And that is what we remain. And we will continue to remain focused."

Ryan said that Tedros had “worked seven days a week, 20 hours a day for the last seven months,” and stressed everything that WHO staff do is dedicated to saving lives.

"Many of us spent months and years on the frontline, risking our lives and worrying our families for decades in this fight for social justice. It's really important that we maintain the morale of all frontline workers," said Ryan.

US President Donald Trump on more than one occasion has accused the WHO of being China-centric.