Gun salutes were fired across Britain on Saturday to mark the death of Prince Philip as tributes flooded in for a man who was a pillar of strength for Queen Elizabeth during her record-breaking reign, APA reports citing Reuters.

Members of the public laid flowers outside royal residences, paying their respects to the 99-year-old prince who spent more than seven decades at his wife’s side.

On its official Twitter feed, the royal family put up a tribute paid by the queen to her husband on their 50th wedding anniversary in 1997.

“He has, quite simply, been my strength and stay all these years, and I, and his whole family, and this and many other countries, owe him a debt greater than he would ever claim, or we shall ever know,” she said.

Members of the family have been visiting the grieving monarch at Windsor Castle where Philip died on Friday.

“The queen has been amazing,” said a tearful Sophie, the Countess of Wessex, as she left with her husband Prince Edward, the youngest son of Elizabeth and Philip.

The armed forces marked Philip’s passing at noon (1100 GMT) with a Death Gun Salute. Artillery units in London, Edinburgh, Cardiff, Belfast and Gibraltar, and some navy warships, fired their guns.

Buckingham Palace is expected to announce details of the funeral later on Saturday.

It is likely to be a small, private affair, stripped of the grandeur of traditional royal occasions by COVID-19 restrictions and by the prince’s own dislike of people making a fuss. 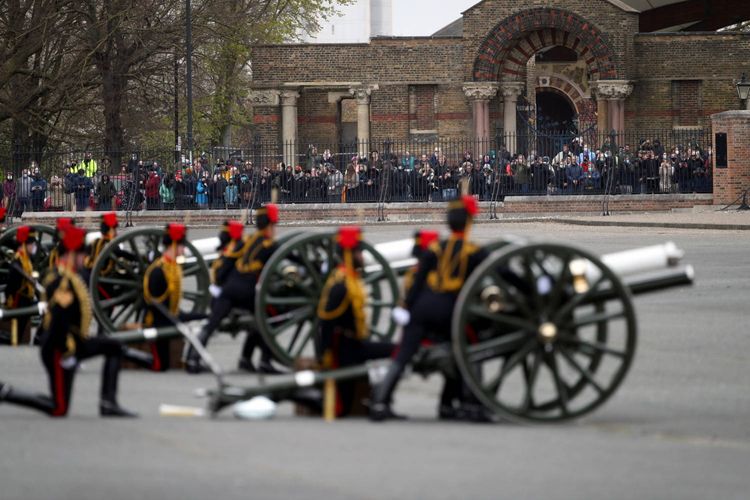