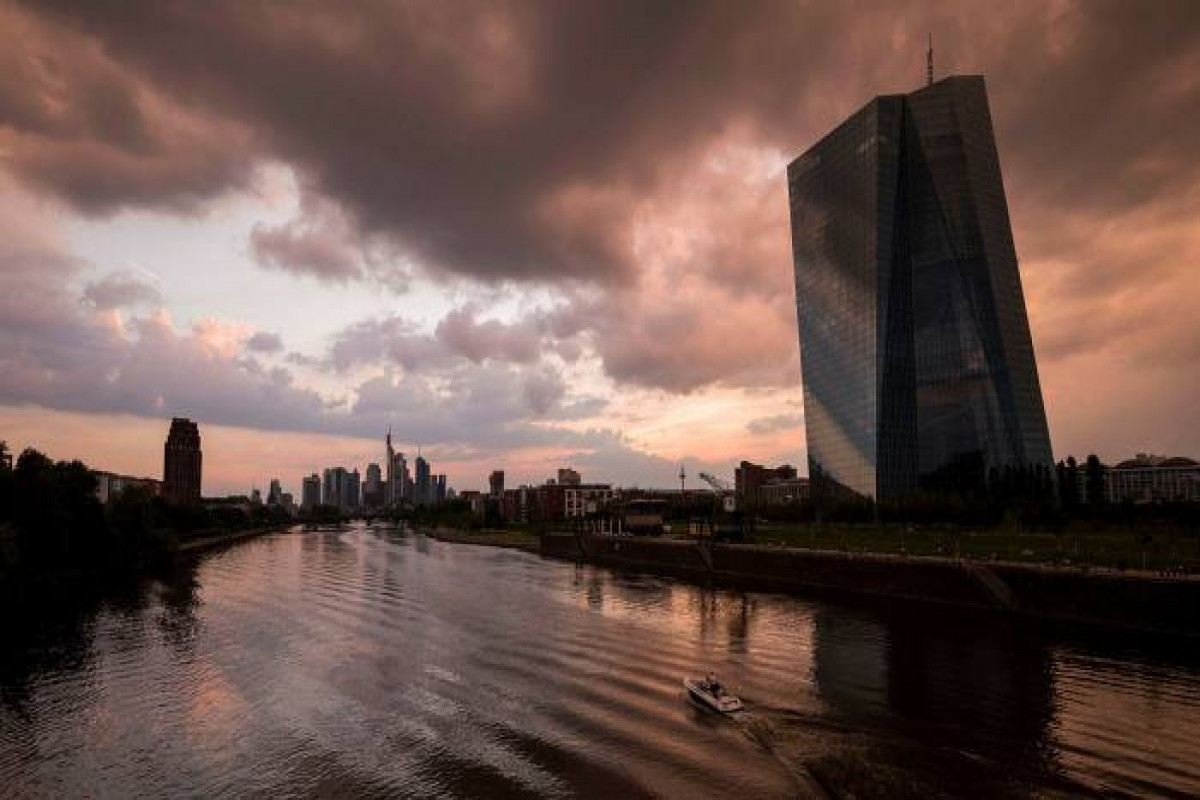 The European Central Bank will maintain the pace of its bond purchases in the coming weeks, it said on Thursday, despite increasing its forecasts for eurozone growth and inflation, APA reports citing Financial Times.

The Frankfurt-based institution resisted calls from some policymakers to start reining in its monetary stimulus as the eurozone economy recovers from the impact of the coronavirus pandemic, and kept its main policy measures unchanged in its latest statement. It said: “Based on a joint assessment of financing conditions and the inflation outlook, the governing council expects net purchases under the [pandemic emergency purchase programme (PEPP)] over the coming quarter to continue to be conducted at a significantly higher pace than during the first months of the year.” In a press conference after the announcement, ECB president Christine Lagarde said that although the economy was “gradually reopening” and inflation was expected to continue rising this year, the central bank expected price growth to fade again next year. She added that there was still “significant economic slack that will only be absorbed gradually over the projection horizon” and any tightening of monetary policy would be “premature” at this stage and would threaten the recovery and the outlook for inflation. Coronavirus infection levels are falling and lockdowns are being lifted across Europe. In addition, the pace of vaccinations is accelerating after a slow start. Business activity, consumer confidence and inflation have all bounced back strongly in recent weeks. The headline rate of price growth hit 2 per cent in May, topping the ECB’s target of below, but close to, 2 per cent. But Lagarde said it was “too early and premature” to discuss scaling the bond purchases back. The ECB raised its forecast for euro area economic growth this year from 4 per cent to 4.6 per cent and for next year from 4.1 per cent to 4.7 per cent, while keeping its 2023 forecast unchanged at 2.1 per cent. It switched from saying the risks to growth were weighed to the downside in the short-term to describing them as “balanced”. It also raised its forecast for the harmonised index of consumer prices in the eurozone this year from 1.5 per cent to 1.9 per cent, in line with its target. But it said HICP would fall to 1.5 per cent next year and 1.4 per cent in 2023 as energy price rises faded. Excluding more volatile energy and food prices, core inflation is expected to rise from 1.1 per cent this year to 1.4 per cent in 2023. Some of the ECB’s more conservative hawks have called for a slowdown in bond buying. After this triggered a sell-off in bond markets a month ago, a string of council members pushed back against this idea, soothing investors’ nerves and bringing borrowing costs back down for eurozone governments.  “This is a win for the ECB doves,” said Krishna Guha, vice-president at Evercore ISI. “We think the council was leaning towards slowing PEPP in June early in the intermeeting period, but got cold feet after the market moved to push nominal yields sharply higher with periphery spreads, the euro and rate hike expectations also moving too much for comfort.” Having twice expanded the size of the PEPP last year, the ECB has just over €700bn of the overall €1.85tn left to spend under its flagship crisis-fighting policy, which is due to last until at least March 2022. “Central banks are happy to be behind the curve at this juncture,” said Henrietta Pacquement, a European credit portfolio manager at Wells Fargo Asset Management. “Manufacturing in Europe is doing better and services are expected to improve, but I think the ECB will want to see more evidence of recovery before they act.”