Ex-president of France goes on trial for illegal campaign funding 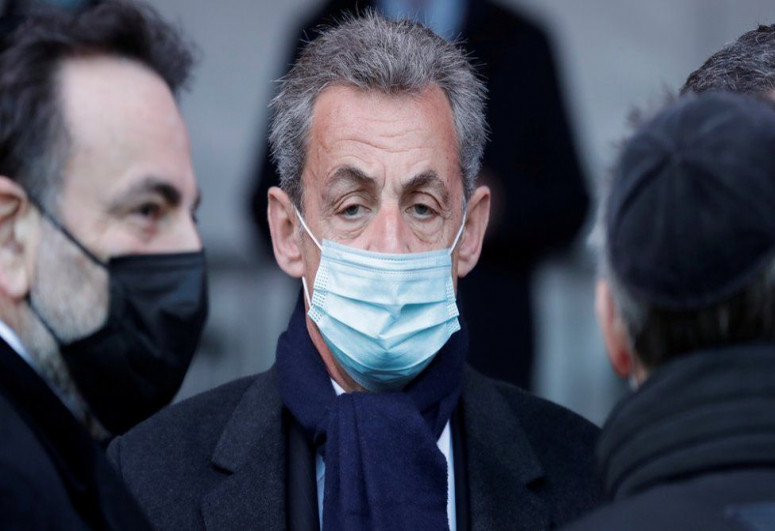 Mr Sarkozy, who denies the charges, stands accused with 13 other defendants over their role in the so-called "Bygmalion" scandal.

They allegedly overspent by tens of millions of euros on the campaign, and hired a PR firm to cover it up.

It is the ex-president's latest legal fight, after being convicted of corruption earlier this year.

The trial was supposed to start in March, but had to be postponed because a lawyer fell ill with Covid-19.

To hide the costs, it allegedly hired a PR firm called Bygmalion to invoice the party, not the campaign.

While prosecutors admit they cannot prove Mr Sarkozy organised or was involved in the scheme, they say he must have been aware of it.

Jerome Lavrilleux, Sarkozy's deputy campaign chief in 2012 and one of 13 co-defendants, has publicly acknowledged overseeing the rerouting of funds. He has said he acted on his own.

Two co-founders of Bygmalion are also on trial. One of them, Guy Alves, has publicly acknowledged the fake billing.

In office, he adopted tough anti-immigration policies and sought to reform France's economy during a presidency overshadowed by the global financial crisis.

Critics nicknamed him "bling-bling", seeing his leadership style as too brash, celebrity-driven and hyperactive for a role steeped in tradition and grandeur.

In 2012 he lost his re-election bid to socialist François Hollande. Since then he has been targeted by several criminal investigations.

Earlier this year he was given a suspended prison sentence for trying to bribe a judge in 2014. He has appealed against the conviction.