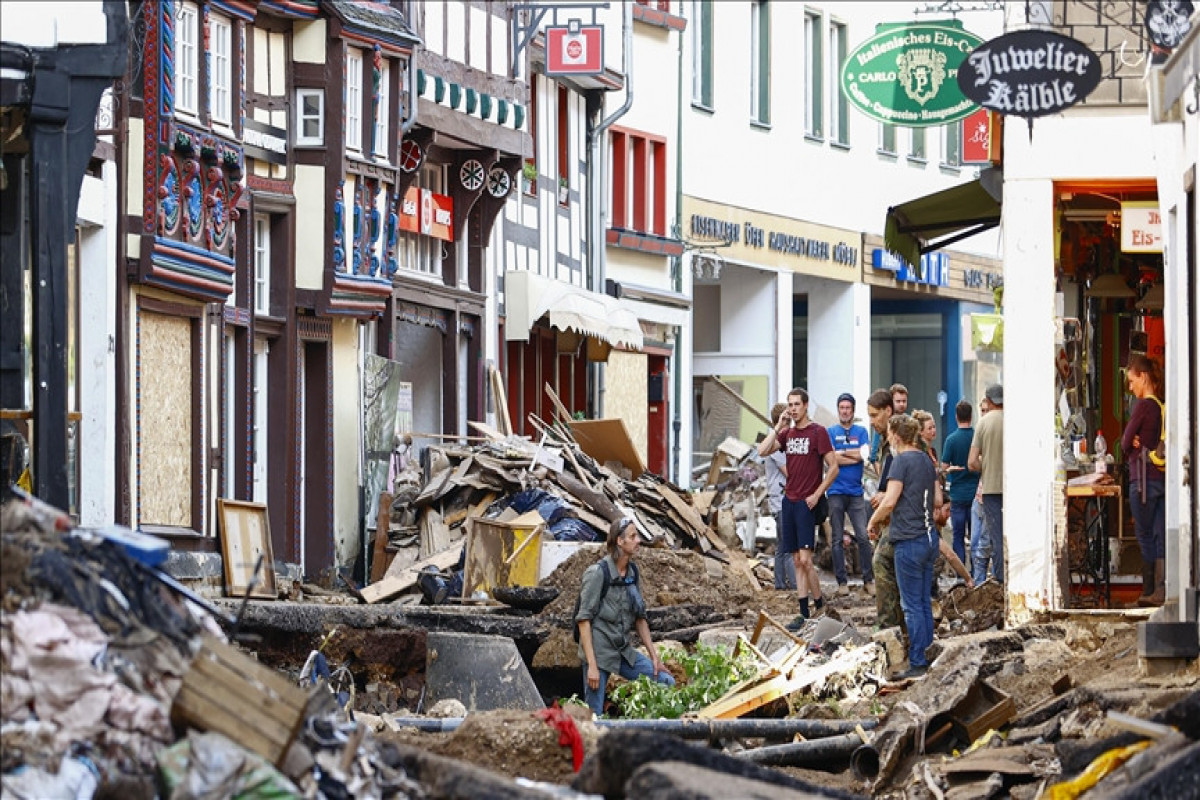 German authorities came under sharp criticism on Monday after reports have revealed that they were warned about the floods days before they hit the country’s western regions last week, APA reports citing Anadolu.

Germany’s best-selling daily Bild has blamed politicians, local authorities and public broadcasters for being too late in issuing warnings although the European Flood Awareness System (EFAS) earlier alerted authorities about possible extreme floods in these regions.

“There had been warnings for days, but people were not informed properly,” the daily said in an editorial, and argued that the political debate should now focus on the failure of politicians and governments instead of climate change.

Bild also slammed regional public broadcasters WDR and SWR for not interrupting their program schedules last week and for failing to inform people about what was about to happen until it was too late.

“Neither the state, nor WDR and SWR cared. They did not deliver although they are funded by high taxes for this,” the daily said.

Germany’s worst flooding in decades claimed at least 164 lives and caused widespread devastation in the western states of North Rhine-Westphalia and Rhineland-Palatinate.

The German weather service DWD has confirmed that meteorologists have predicted extreme rains days before they hit these regions and had warned local authorities.

“Why did so many people die? Warnings were issued days in advance,” Marcus Beyer, a DWD forecaster also said on Twitter, adding that extent of the precipitation was well captured by the models, and first preliminary warnings were issued three days ahead.