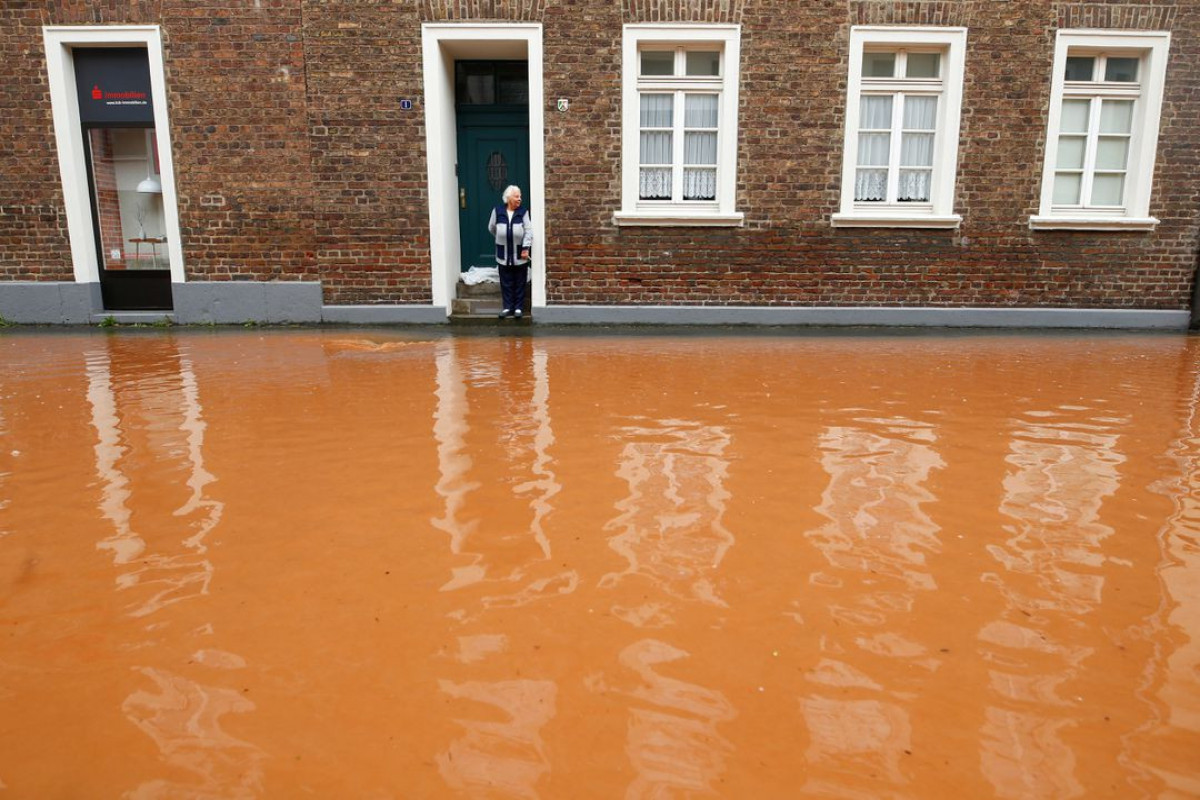 Rescue workers searched flood-ravaged parts of western Germany for survivors on Saturday as water levels remained high in many towns and houses continued to collapse in the country's worst natural disaster in half a century, APA reports citing Reuters.

At least 133 people have died in the flooding, including some 90 people in the Ahrweiler district south of Cologne, according to police estimates on Saturday. Hundreds of people are still missing.

Around 700 residents were evacuated late on Friday after a dam broke in the town of Wassenberg near Cologne, authorities said.

Over the past several days the floods, which have mostly hit the states of Rhineland Palatinate and North Rhine-Westphalia, have cut off entire communities from power and communications.