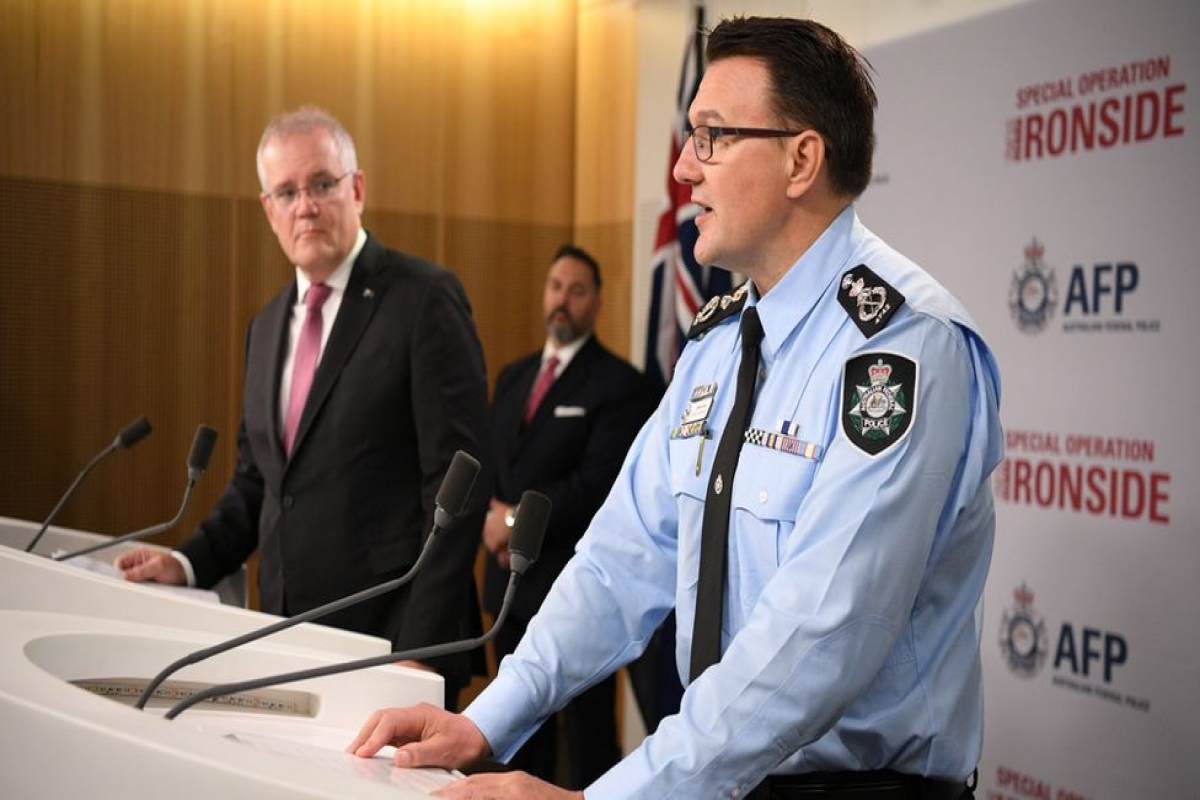 Since 2018, Australia, New Zealand and the FBI have used an encrypted app, ANOM, to keep track of organised crime.

It has led to drug trade arrests in 18 countries across Asia, North and South America, Europe and the Middle East.

"[It] has struck a heavy blow against organised crime - not just in this country, but one that will echo around organised crime around the world," he said in a televised press conference on Tuesday.

Australian and New Zealand police were among the first to reveal the sting on Tuesday.

Australian police said they jointly conceived the plan with the FBI. The US agency and Europol will present their own findings later on Tuesday.

The ANOM app had been one of the messaging services popular with organised crime gangs, authorities say.