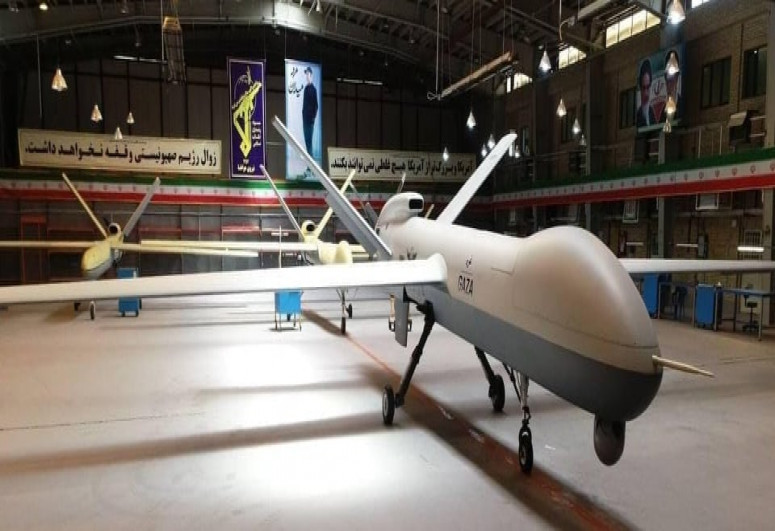 The IRGC has unveiled three strategic achievements in the field of UAVs and defense during a ceremony in the presence of its Commander-in-Chief Major General Hossein Salami, APA reports citing Mehr News Agency.

"Gaza" UAV and a surface-to-air missile system dubbed (9-Day) and "Quds" radar system were three strategic military achievements that were unveiled by the Islamic Revolutionary Guards Corps (IRGC) on Friday during a ceremony attended by the IRGC Commander-in-Chief Major General Hossein Salami and the commander of the IRGC Aerospace Force Major General Amir Ali Hajizadeh.

The giant Gaza drone is a new defense achievement made by the experts in IRGC that can carry out various surveillance, combat, reconnaissance missions with a flight duration of 35 hours.

This drone is capable of carrying 13 bombs more than 2,000 kilometers in combat missions, as well as carrying 500 kilograms of various reconnaissance and signal equpiment.

Joining of Gaza drone to the IRGC Air Force UAV fleet will enhance the capability of the IRGC to counter enemy threats.

In addition to military and defense applications, the Gaza UAV can carry out missions in monitoring forests, rescue operations and providing assistance in natural disasters such as floods and earthquakes.

The 100% domestically-made surface-to-air missile system "9-Day" has the capability to confront a variety of threats at close range such as cruise missiles, aircraft bombs, and UAVs and can destroy them.

Furthermore, the "Quds" radar system has the capability to be deployed and moved quickly.