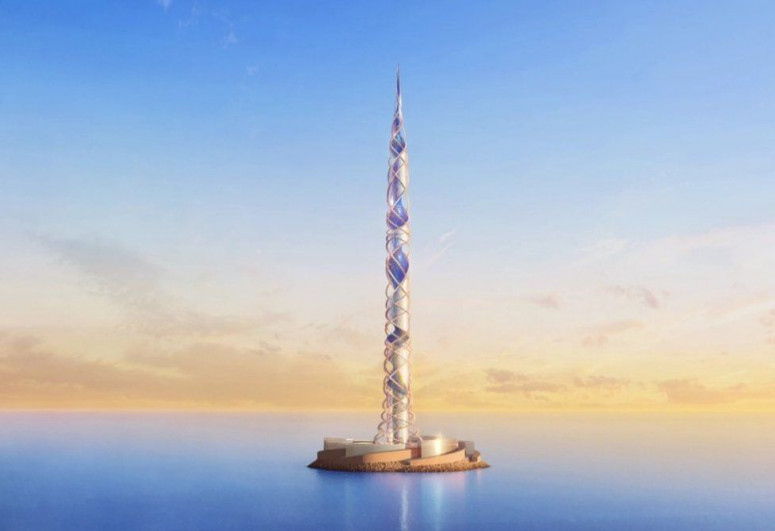 A Scottish-based architecture firm has revealed plans for one of the world's tallest buildings, APA reports citing BBC.

The Kettle Collective, which has its HQ in Edinburgh, announced plans for the tower to be built in St Petersburg in Russia.

At 703m, it will be the second-highest skyscraper in the world after Dubai's famous Burj Khalifa (828m).

But the new Lakhta Centre II will have the highest occupied floor and viewing gallery of any building in the world.

Design lead, Tony Kettle, who was also behind the Falkirk Wheel, is one of the UK's foremost architects.

When he worked at major architectural firm RMJM he designed the first Lakhta Centre, Europe's tallest building, in 2006. It is the headquarters of energy giant Gazprom.

Mr Kettle said: "The new Lakhta Centre will be a template of sustainable design for global high-rise projects.

"It will have the best-in-class low energy design and a mix of uses that will create a vertical atrium space with a vibrant centre as the heart for this new business district."

He added: "The design is both aesthetic and functional as it will reduce considerable wind forces that will impact the structure, in turn reducing the size of structural elements required within the building."

The new Lakhta Centre II will have accommodation over 150 floors.

The top floor will be 590m, making it the highest occupied floor and viewing gallery in the world.