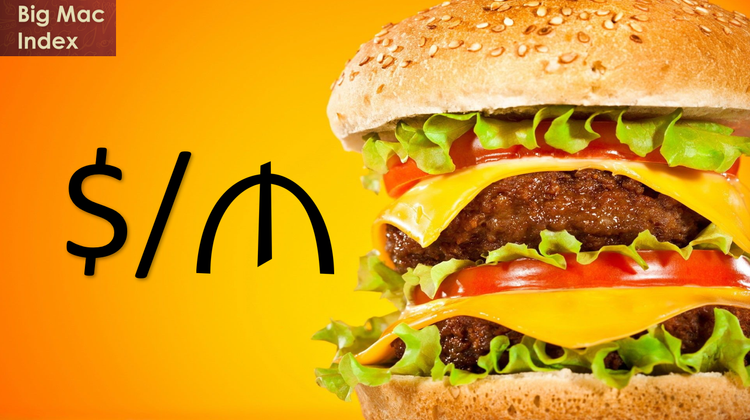 According to the Big Mac index published by the United Kingdom’s “The Economist" magazine, the Azerbaijani manat has taken the sixth place in the list of currencies not evaluated at proper level, APA-Economics reports citing "The Economist”.

The price of Big Mac in Azerbaijan makes up AZN 3,95 or $2,32 which is  59,3% less than the price in the USA ($5,71). In other words, according to the Big-Mac index, manta is 59,3% cheaper than dollar and the exchange rate of dollar in Azerbaijan should be AZN 0,69. In the issue of the magazine for January of the last year, manat was shown 58,9% cheaper than dollar and Azerbaijan’s national currency in terms of its ratio to dollar was the fifth in the list of currencies not evaluated at proper level.

And the currencies evaluated higher than the actual level were Sweden’s krona (+0,8%), Lebanon’s pound (+4,2%) and Switzerland’s franc (+20,9%). While the currency not evaluated at proper level being the closest to the aforementioned currencies was Norway’s krona (-2,8%).