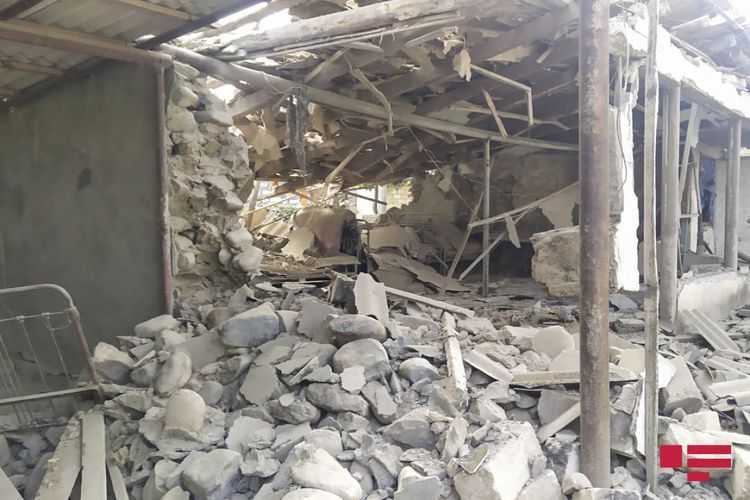 On July 20, the President of the Republic of Azerbaijan Ilham Aliyev signed Order “about measures related to the elimination of damage caused to the civil population living in the villages of Tovuz region of the Republic of Azerbaijan including the infrastructure facilities as a result of subjecting of those villages to the intensive fire by the Armed Forces of the Republic of Armenia”. By this Order, the state agencies were charged with evaluation in a short time of the damage caused to the civil population and state property including the infrastructure facilities in Tovuz region, APA-Economics reports.

In connection with the implementation of the Order, the Working Group consisting of representatives of the Ministry of Economy and the Ministry of Emergency Situations of the Azerbaijan Republic, as well as the employees and specialists of Tovuz Region Executive Power has been established. The specialists have been sent on a business trip to Tovuz region in order to get acquainted with the situation directly on the ground and to conduct the evaluation works.
Currently, the specialists are studying the condition of the civil population who sustained damage from the military aggression at the residential settlements exposed to the attack, their property and the state facilities, and the relevant inspection and examination works are being conducted. The evaluation in a short time of the caused damage will be ensured.

It is known that the main damage has been caused to 6 residential settlements of Tovuz region – Agdam, Alibeyli, Dondar Gushchu, Vahidli, Yukari Oysuzlu, and Ashagi Oysuzlu villages. According to the initial evaluations, it has been determined that 35 houses and auxiliary facilities owned by the civil population in these villages, as well as personal belongings and sowing areas of the citizens have sustained damages of various degrees. The damage has also been caused to the state property as a result of the intensive fire. These properties are mainly the gas pipes, the electric wires laid to the villages, the social and communication infrastructure facilities.

After identifying the damage fully and assessing, the government will prepare an Action Plan to eliminate the damage caused to civilians, residential areas, state and municipal property, farms, infrastructure, proposals for the quick restoration of damaged facilities and residential facilities fully will be submitted to the President of Azerbaijan.

All necessary support is being made to specialists in order to complete the identification and assessment of the damage as soon as possible. The process of work is under the personal control of the head of state. It should be emphasized that under the instructions of the President, the restoration of infrastructure in the battlefield area of Tovuz region has been identified as a priority.

After April wars 2016, the village of Jojug Marjanli in the Jabrayil region of Azerbaijan, which was given a new life by President Ilham Aliyev and has become a symbol of the "Great Return", is a clear indication of the importance of restoring a normal way of life in the frontline regions. The construction, repair, and restoration of houses and social facilities in residential areas damaged by during military operations in Aghdam and Tartar regions have been completed only over 6 months. The Azerbaijani state is a guarantor of the safe life of its citizens. Strong Azerbaijani state supports our citizens and heroic servicemen.

Immediate elimination of damage to Tovuz region will be one more indicator of this.