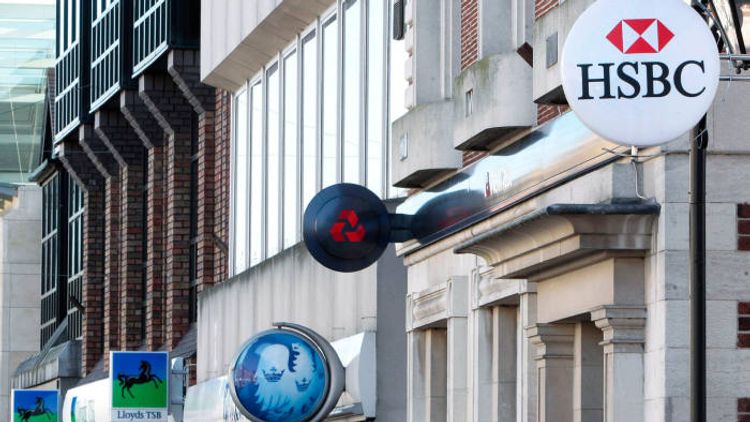 The credit rating agency warned that the “deteriorating” operating environment for UK lenders was “weighing on their asset quality and profitability”. Meanwhile “persistently low interest rates and increased mortgage market competition” had dented net interest margins — a metric that tracks the difference in banks’ cost of funding and the rates they charge to borrow.

“The UK’s economy is weakening, making it more susceptible to shocks, and prolonged uncertainty over Brexit has reduced the country’s growth prospects,” said Laurie Mayers, associate managing director at Moody’s. Profits have already fallen at several big banks this year, and executives have acknowledged that the pressures are likely to continue. Nationwide, the country’s second-largest mortgage lender, last month became the latest business to say it would have to rein in new mortgage lending in some areas as margins come under sustained pressure.

Mortgage market competition — encouraged by new regulations that left HSBC and Barclays with billions of pounds in excess liquidity that can only be used in the UK — has driven some smaller banks to move towards riskier lending. Economic uncertainty has also reduced demand for commercial loans, while provisions for bad debts have begun to increase, albeit from a low base. The decision by Moody’s on Tuesday to reduce its outlook suggested negative ratings were “more likely on average” over the next year and a half, the group said. Shares in UK banks have underperformed the broader domestic market this year.

The FTSE 350 banks index has fallen 2.5 per cent in 2019, compared with a rise of almost 10 per cent for the market as a whole, Refinitiv data show. In addition to broader economic concerns, lenders have sustained a collective £50bn blow from the payment protection insurance scandal. Moody’s expects the UK economy to expand 1.2 per cent this year, with growth then slowing to 1 per cent in both 2020 and 2021. It forecasts that the jobless rate will tick up “slightly” from historically low levels during the period.

“Our base case is that the UK and the EU will ultimately reach a free trade agreement, but it is increasingly unlikely that any such deal will substantially mitigate the negative economic impact of Brexit,” Moody’s said in its report.

Moody’s said that while “asset quality will remain strong overall”, it expected a “moderate increase” in banks’ credit losses for loans that go sour during the next 12 to 18 months. Similarly, the agency forecasts a small rise in credit losses from retail loans that are not backed by collateral — such as credit cards.

“We expect credit losses from retail unsecured lending to increase as unemployment rises moderately, although the change will be marginal thanks to continued low interest rates and rising household disposable income,” Moody’s said, “However, the banking industry practice of offering interest-free credit for prolonged periods (over a year in some cases, albeit with a fee) to borrowers who transfer credit card balances is a source of additional risk.”