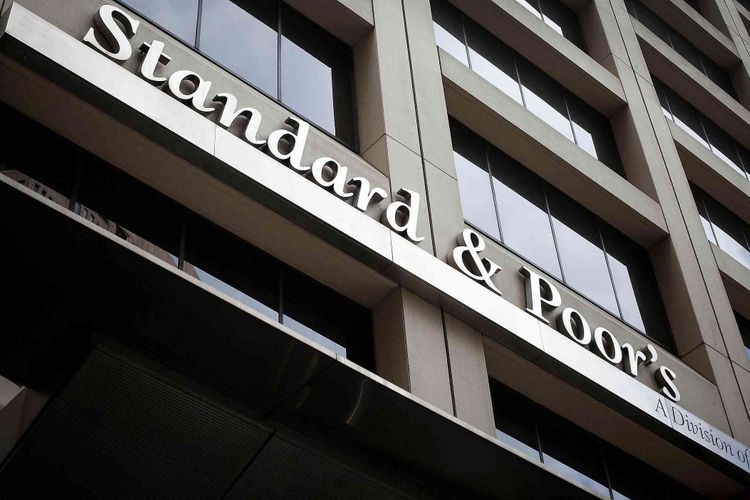 S&P Global Ratings affirmed SOCAR’s rating at 'BB-' and revised its outlook on SOCAR to negative from stable, APA-Economics reports citing the Agency.

The outlook revision follows a similar action on the sovereign, which resulted from the escalation of the Nagorno-Karabakh conflict. The agency’s outlook on Azerbaijan is now negative, given the view that the military conflict in Nagorno-Karabakh could undermine the country's already anemic economic growth, weaken its fiscal and external positions, and pressure the country's financial system.

“If the sovereign's credit quality deteriorates, we believe it could weaken the government's ability to support SOCAR. The military conflict and ongoing social and economic pressure from the COVID-19 pandemic could also shift the government's priorities from supporting investments of government-related entities (GREs), such as SOCAR, to other social or military needs,” S&P said.

“We continue to view SOCAR as one of the government's main assets in the country's key oil and gas sector. The government fully owns SOCAR, is heavily involved in its strategy and decision-making, and has a record of providing sizeable equity and debt funding for the company's capital expenditure (capex).

Only about 10% of SOCAR's debt is guaranteed by the government though. SOCAR's day-to-day management is quite autonomous, and the company's structure is complex and difficult to monitor (including international or trading operations, given the absence of centralized treasury management or consolidated financial plans). At this stage, it remains unclear whether the recent establishment of Azerbaijan Investment Holding in August 2020 to manage GREs will have any implications for SOCAR, because the list of assets to be transferred to the holding and the holding's role have yet to be clarified,” the agency noted.

S&P assumes limited impact on SOCAR's business or liquidity from the Nagorno-Karabakh conflict in its base case, but downside risks can't be ruled out. At this stage, in the base case, the agency does not include any direct damage to the safety of SOCAR's employees, domestic operations, exports, production assets, or liquidity, because this is difficult to predict.

“As of now, SOCAR's domestic operations, exports, and capex continue uninterrupted, and any additional security costs are on the government. SOCAR's management doesn't expect any changes to the planned commissioning of the Trans-Adriatic Pipeline (TAP) in November 2020, which would enable exports of up to 10 billion cubic meters (bcm) of gas from Azerbaijan's Shah Deniz project via the SGC to Southern Europe. Also, we understand that despite the hostilities in Nagorno-Karabakh, SOCAR continues to have access to debt financing from domestic and international banks, and its cash held with domestic banks remains available,” the agency stated.

However, if the conflict continues, S&P cannot rule out the risk of asset damage, weaker local demand, payment arrears, or additional mandates on GREs, such as SOCAR, to support domestic customers who face pressure from the pandemic and the Nagorno-Karabakh conflict.

“Currently, we apply a 25% haircut to SOCAR's cash to reflect relatively weak quality of the local banking system. If its cash becomes not fully available, we may switch to a 100% haircut, which would further weaken SOCAR's metrics. We have therefore revised our assessment of SOCAR's stand-alone credit profile downward to 'b-',” S&P concluded.