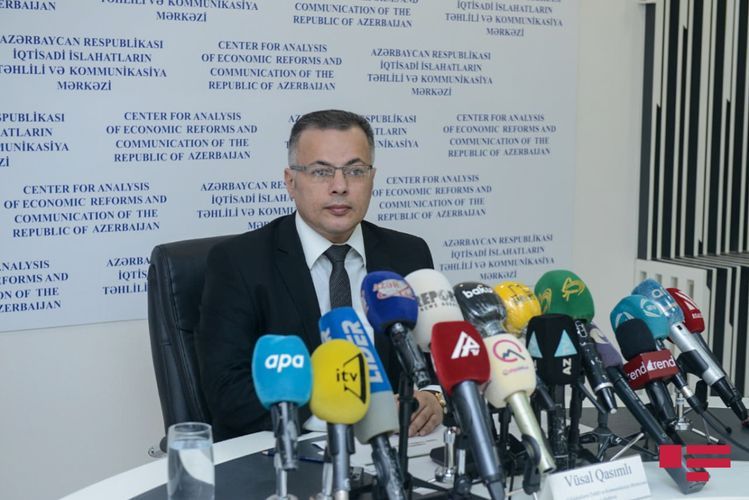 "The value of Armenia’s equipment destroyed and seized as military trophy during the Patriotic war continuing from September 27 until October 26 of this year has exceeded $ 2,7 bln.", said Executive director of the Economic Reforms’ Analysis and Communication Center Vusal Gasimli at the press conference, APA-Economics reports.

According to him, during that period, 252 tanks of the Armenian army were destroyed, 53 tanks were seized as trophy.
"Armenia was deprived of 79 units of infantry combat vehicles, 275 cannons of various calibers, 106 mortar launchers, 53 armor-defeating weapons. 82 Grad systems, 2 Uragan self-propelled multiple rocket launcher systems, one TOS system were destroyed. At the same time 4 TOR, about 40 OSA, 4 KUB, one KRUG, 2 S-125 anti-missile and anti-aircraft systems and defending guided missile installations were neutralized. Also 6 S-300 launching devices, one detection station, one locator, one Tochka-U, 2 Elbrus short-range ballistic missile systemыs were destroyed. In addition, 231 trucks 20 of which were full of weapons and ammunition were destroyed, while 173 trucks were seized as war trophy. Note that this is not the full list, extra information about Armenia’s military equipment and ammunition loss will be presented in the near future. The encountering among the destroyed military equipment of polytypic weapon arsenal from S-300 systems valued at hundreds of million of US dollars which Armenia’s economic power doesn’t at all allow to acquire, to Elbrus ballistic rocket systems whose sale is banned also lent clarity to the fact that Armenia has been illegally armed during the past 30 years”, V. Gasimli said.