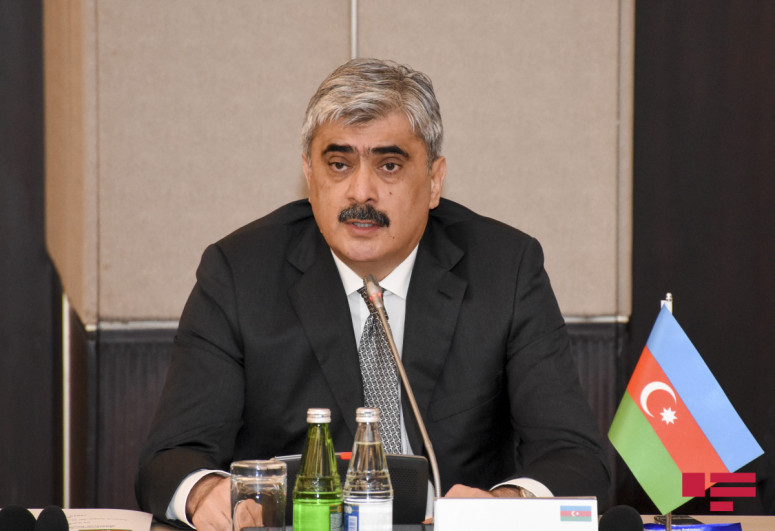 “Complex social measures program was developed last year on the basis of the instruction of President Ilham Aliyev,” said Minister of Finance Samir Sharifov during the discussion of the draft law “On implementation of the state budget of the Republic of Azerbaijan for 2020” at the meeting of Parliament today, APA reports.

Minister noted that new expenditures relevant to the appeared new situation have been financed: “Decrease in income has been regulated with increase of amount of transfer from the State Oil Fund. All taken social obligations were fully implemented in the reporting year. At the same time, thanks to supporting pandemic-hit fields, decrease of impact of pandemic on the country economic has been achieved. Despite pandemics, army building, safety expenditures have been provided. Stability of exchange rate of manat has been preserved. Tenses were experienced in the currency market of Azerbaijan in the first months, when pandemic impacted the world economy. Measures, taken by Azerbaijan state in the fight against pandemic in 2020 are also observed by international organizations. International Monetary Fund stressed the important role of measures taken by the Azerbaijani government in this field and assessed measures taken by the government as quick and adequate.”