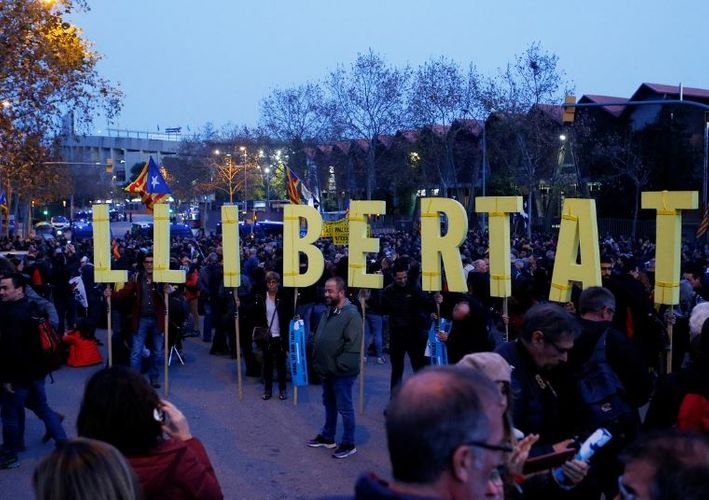 Despite a heavy police presence, some of them blocked a major avenue near the stadium, disrupting traffic ahead of the game which finished 0-0.

Minutes before the match began Catalan police broke up fighting that flared between some Barcelona fans and pro-independence protestors, detaining one person for throwing projectiles at them.

As the second half got underway masked demonstrators broke down an exterior fence in a failed attempt to gain entry to the stadium, a police spokesman said.

The group set fire to waste containers to create a barricade before several vans of police arrived to disperse the crowd, Reuters TV footage showed.