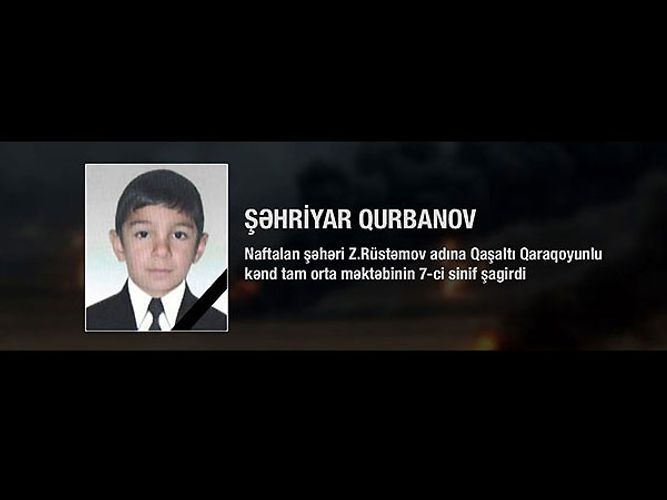 AFFA has addressed a letter to FIFA and UEFA, apasport.az reports.

The association has disseminated information in this regard via its official website.

It was stated that one of members of the family that was killed in Naftalan City as a result of opening fire by Armenia’s armed forces on our residential settlements beginning from September 27 – Shahriyar Gurbanov born in 2007 played as a member of UGIM (Naftalan) team in U-11 League held with AFFA’s organizational support during 2017/2018 season.

AFFA expresses its condolences with deep sorrow on occasion of death of a member of Azerbaijan’s football family aged 13, and ask from Allah mercy upon souls of all our martyrs.

The relevant letters were addressed by AFFA to FIFA and UEFA regarding death of Shahriyar Gurbanov as a result of opening fire by Armenia’s armed forces on our residential settlements.