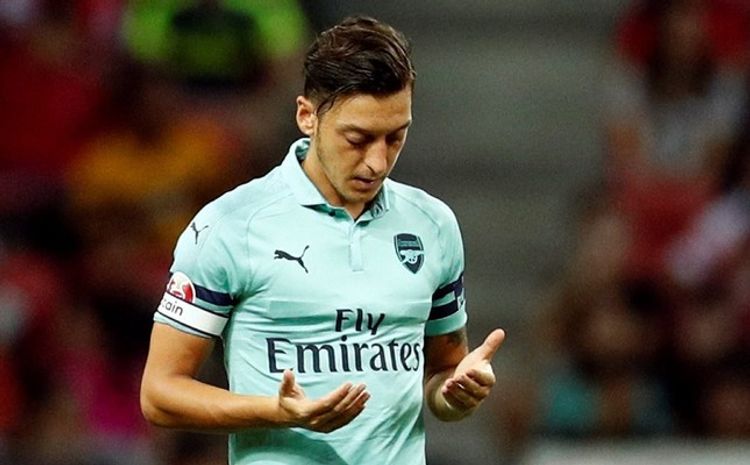 On his social media accounts, the footballer wrote under the headline, "East Turkistan: Bleeding Wound of Islamic Ummah," calling Uighurs "warriors who resist persecution... Glorious believers who put up a fight alone against these who forcefully move people away from Islam."

"Qurans are being burned... Mosques are being closed down... Islamic theological schools, Madrasahs are being banned ... Religious scholars are being killed one by one ... Despite all this, Muslims stay quiet," he said.

"Don't they know that giving consent for persecution is persecution itself? The honorable Ali, son-in-law of the Prophet Muhammad, says, 'If you cannot prevent persecution, expose it," he added.

China has been oppressing and persecuting the Uighurs, a Turkic Muslim group, and restraining their religious, commercial and cultural rights.

China's Xinjiang region is home to around 10 million Uighurs. The Turkic Muslim group, which makes up around 45% of Xinjiang's population, has long accused China's authorities of cultural, religious and economic discrimination.

Up to one million people, or about 7% of the Muslim population in Xinjiang, have been incarcerated in an expanding network of "political re-education" camps, according to U.S. officials and UN experts.

In a report last September, Human Rights Watch accused the Chinese government of carrying out a "systematic campaign of human rights violations" against Uighur Muslims in Xinjiang.