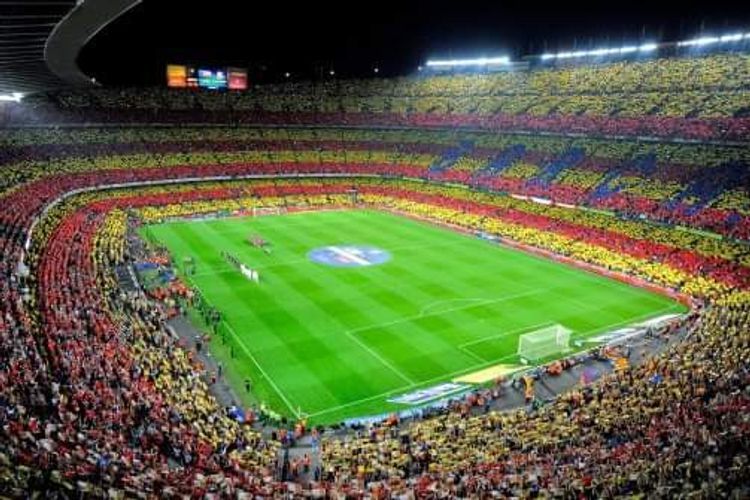 BARCELONA will sell the image rights for the Nou Camp for one year to raise money to fight the coronavirus outbreak, APA-Sport reports.

Never before have the Spanish giants sold the rights to their magnificent stadium since it opened in 1957.

Arsenal, Manchester City, and Newcastle are just a few of the big clubs who have dropped their names fore the lure of the lira.

And now Barca are ready to follow suit to help this unprecedented crisis.

They will only do this for one year in the hope that the money it gains will help hospitals defeat this killer bug.

The Nou Camp is the biggest stadium in Europe with a 99,000 capacity.

In the long term it would surely draw a massive global company and shatter the £200million five-year deal the Gunners agreed with Emirates in 2018.

Club vice president Jordi Cardoner said: "We want to send a universal message: For the first time someone will have the opportunity to put their name on Camp Nou and the revenues will go to all of humanity, not just Barca.

"The initiative arose in an emergency situation. We think that we have to have a very quick response, putting our crown jewel at the service (of the fight).”

Barca chiefs had planned to auction off the naming rights in 2023 to raise cash for the club.

It hopes to bring in £264m for a 25-year contract to help pay for the stadium redevelopment.

Cardoner, who beat Covid-29 himself, said: "Camp Nou is sending out an SOS. We are open to everything.

"We want to maximise the economic participation and to ensure that the partners share our same social values.”

The stadium will maintain the name “Camp Nou” in addition to including the sponsor, the club said.

It hopes to announce a naming deal in the next three weeks.

It is not the first time Barca have taken such a charitable step.

They have carried the name of the children's charity UNICEF on their shirts since 2006.

Cardoner added: "We do a lot through our foundation, and it occurred to me that we had to think big, think big like we did with the shirt and UNICEF.”

There have been no matches in LaLiga since March as the world battled COVID-19.

Even if the Spanish football authorities agree a re-start in June, it is likely to be in empty stadiums.