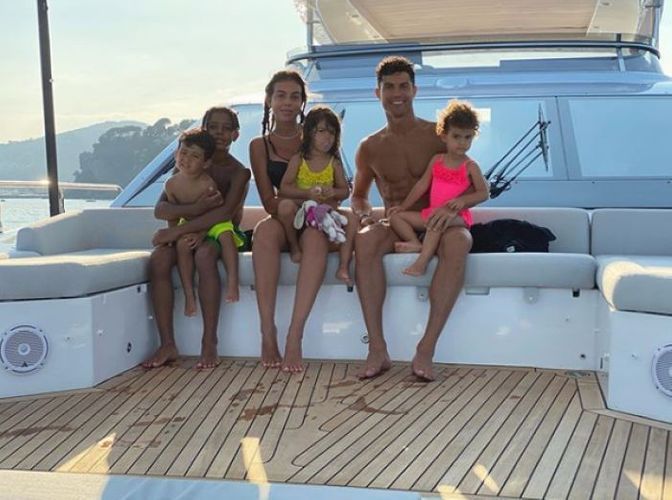 Cristiano Ronaldo celebrated winning his second consecutive Serie A title, and Juventus' ninth in a row, by splashing out on a luxury $7 million dollar yacht, APA reports citing Insider.

Juventus claimed its ninth Scudetto on the bounce on Sunday with a 2-0 win over Sampdoria in which Ronaldo hit his 31st goal of the campaign.

The Portuguese superstar and his family soon set sail along the stunning coasts of Celle Ligure in the luxury vessel, with partner, Georgina Rodriguez, sharing snaps of the trip on Instagram.