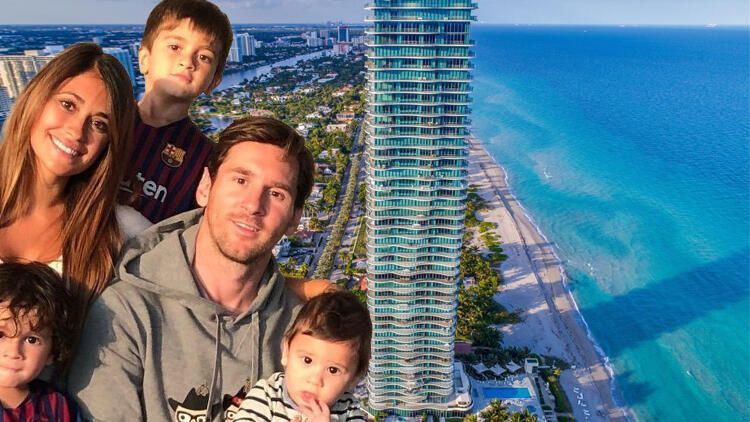 Barcelona legend Lionel Messi has reportedly splashed out £5 million on a Miami apartment, fuelling speculation of a move to the MLS, APA reports citing republicworld.

In fact, his recent property purchase in the USA is his second in a space of a few years. It’s believed the 33-year-old already has a £3.6 million apartment in Miami’s Porsche Design Tower, which was completed in 2017.

Reports claim that Messi's latest property, which is just a few blocks away from his previous purchase, has four bedrooms, four bathrooms, 360-degree views and even a 1,000-bottle wine cellar in 511 square metres of indoor space. As well as his own private pool, Messi and his family have access to six pools in total. There is also a spa, a fitness centre, a yoga studio, a children's playhouse, and a champagne bar. To top it off, a private chef is on-site for when Messi wants to line his stomach before delving into his wine cellar.