Maksim Medvedev: “We once again voiced name of Karabagh for Europe in Poland” - INTERVIEW 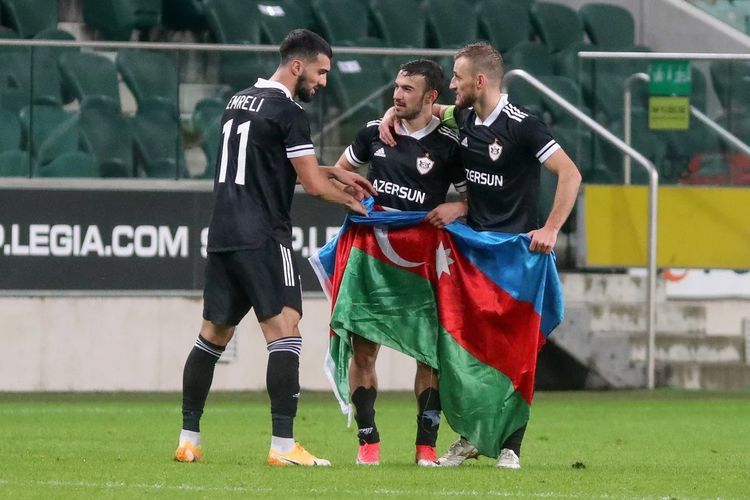 Garabagh’s footballer Maksim Medvedev evaluated victory won over Legiya in Poland in the framework of the European League play-off.

At the welcoming ceremony also attended by employee of apasport.az website, the captain of Agdam’s representative also commented on events occurring in Nagorno Garabagh.

- The team has won decent victory over Legiya. Can it be said that you have thrown away a load off yourself?

- Indeed we were under emotional load. When going to match we understood what degree of responsibility we were bearing. Like it or not there was a psychological pressure. We were ready for every scenario. The chief coach constantly talked with us about situation on the front line. We also tried to convey this to our foreign footballers so that they would understand how important this match was for Azerbaijan. We achieved our wish, we won victory. We devote this victory to our soldiers and the Azerbaijani people. I think we will also give the next victories as a present to our soldiers.

- You did not allow Legia to breathe for 90 minutes. What prevented him from doing so in the match against Molde?

- If we look at the statistics, we completely beat Molde. We just couldn't take advantage of scoring opportunities. God is great, we did not know what the outcome would be for Ferencvaros. The fate was to lose to Molde on penalties. In this difficult day of Azerbaijan, we once again called the name of Karabakh to Europe in Poland.

- You were in Poland for two days. You probably watched the situation on the front line at that time. How did all this affect the team?

- You know that there are many foreign players in the squad. They probably don't know that the conversation is so serious. Personally, I did not sleep for two days. Every morning at 7 o'clock I received messages and opened the news. When did we meet with Gara Garayev, but we discussed the situation on the front.